SUMOKEM ~ THE GUARDIAN OF YOSEMITE ... review

Little Rock, Arkansas prog metal sludgsters Sumokem have not had the easiest of rides on their journey to where they are today. their original lead guitarist Josh Ingram sadly passed away in  May 2015 and they parted ways with their bassist Alan Wells a month later but undeterred founder Jacob Sawrie (vocals//rhythm guitar) and Drew Skarda (percussion) decided to carry on and with the recruitment of Tyler Weaver (lead guitar) and Dustin Weddle (bass) a new chapter in the bands story was written, a chapter marked by the release of their first full length album "The Guardian of Yosemite"(released 6th October 2017) 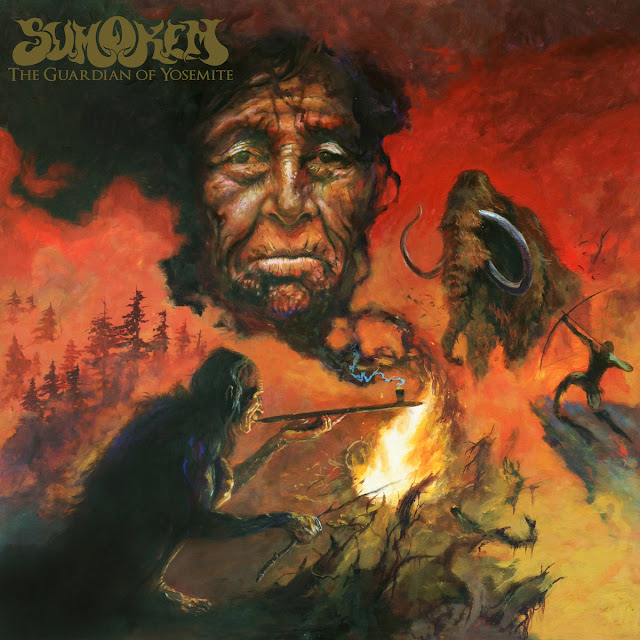 First track "Attack of the Mammoth" musically echoes its title giving a feeling that something large, feral and powerful is coming at you and there is nothing you can do about it except stand strong and try to somehow absorb the impact, Huge swathes of gnarly riffage roll over the listener pushed by growling bass and pulverising but complex percussion all coated in a mixture of growled but clear and pristine clean vocal tones around which swirling guitar solos soar and scream. Heavy, intense with prog-like elements bubbling beneath its surface the song sets a high standard for the rest of the album. "Warning" follows, it's deliciously addictive guitar motifs, swirling over a backdrop of melodic prog-ish/post-rock groove, are overlaid with strong clean vocals. As the song progresses the band move this groove briefly into harder, doomier territory with Sawrie's vocals shifting into feral mode over slow raucous riffage before taking things back to its melodic beginnings for the close. "War Pipe/Rite of the Calumet" tells a tale of Native American mythology against a backdrop swaggering heavy rock underpinned by Weddle's grizzled bass playing and Skarda's powerful,intricate percussion over which Weaver threads swirling lead and Sawrie roars, croons and bellows while chopping out monstrous powerchords. "Ogama" and "Tisayac" follow respectively, the former a mid paced slow burner that starts gentle and considerate and slowly shifts through an array of musical tempo's and vocal dynamics until finally ending in a swathe of metallic bluster, the latter a schizophrenic mixture of chugging riffage and ambient folk tinted prog that sees Weaver providing scorching lead work while Sawrie switches, as the groove dictates, from sweet clean and folky to maniacal and menacing vocally. Reverberating arpeggios played over tribal rhythms herald in "Mescalito/Meeting of the Half Moon" before the hammer goes down and the band shift gear into a sludge drenched refrain with Sawrie roaring his lyrics while Weaver rips scorching solos over the top, the band then taking a detour into the melodic prog arena for the second half of the song. Closer "Nantucket" begins low, slow and heavy with clean vocal tones and searing bluesy guitar solos ringing overhead, the groove switches back and forth between varying degrees of crushing doom/sludge and prog flavoured metal with Sawrie adjusting his vocals accordingly until finally coming to a slow pounding close.
# note those buying the digital version of the album get a near perfect rendition of Thin Lizzy's "Emerald" as a bonus! 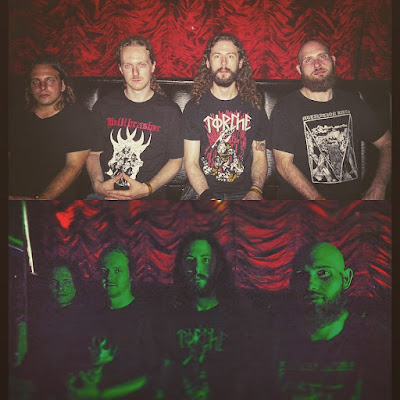 Imagine, if you can, a cross between the prog-ish metal of Opeth and the equally prog-ish sludge of Mastodon sprinkled with a touch of stoner swagger and a pinch of heavy metal thunder and you might just arrive at the sound of Sumokem's "The Guardian of Yosemite".
Check it out ....