THE ROAD MILES ~ BALLADS FOR THE WASTELAND ...review

Books have long been the inspiration for songs, albums and artwork, H.P. Lovecraft, Edgar Allan Poe, Dennis Wheatley and J.R. Tolkien have, over the years, all been cited as influences for numerous musical projects and themes. Now it seems we must add to that list the name of master of modern horror Stephen King as Desert Psychlist has, over the course of this year, had the pleasure of reviewing two artists inspired by his The Dark Towers saga. The first album was Heavy Temple's "Chassit" released in January, the second has just seen the light of day and comes from Greek stoner/ blues psychonauts The Road Miles and flies under the banner "Ballads for the Wasteland". 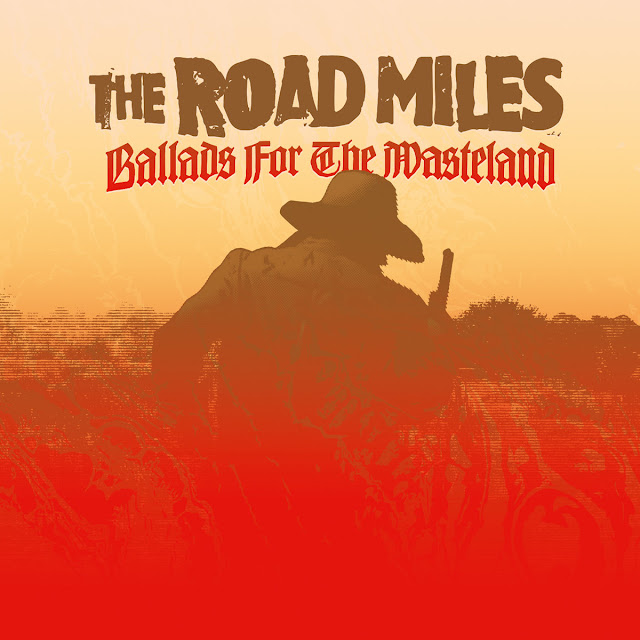 Inspired not so much by the story of The Dark Towers but more by the essence of that story "Ballads of the Wasteland" concentrates on the saga's Wild West themes of gunslingers, deserts and uncertain futures told over the course of seven atmospheric songs. The Road Miles, Afroditi Tavoulari (vocals),  Alex Darmis (keys),  Anargiros Pantazis (drums). Epameinondas Koutsoumpas (guitar), Michael Chrysos (guitar) and Yannis Efthymiou (bass), have on previous outings toyed with cinematic aspects within their music but here they expand those cinematic aspects onto a bigger screen, creating a movie for the mind with their lyrics and grooves. Reverberating guitars echoing over atmospheric swirling keyboards pushed by a diverse array of rhythms and grooves set the scenes around which Afroditi Tavoulari tells tales of men dressed in black, scorching suns and camp fires burning, her dark distinctive tones switching between ethereal and bluesy to half whispered, half spoken as an when the song dictates, her slightly jazzy delivery adding an extra level of cinematic authenticity to proceedings. These vocal tones when combined with the superbly intricate and complex arrangements and dazzling instrumental skills of each and every member of the band create a series of atmospheric and absorbing audial vistas that are a joy to experience. 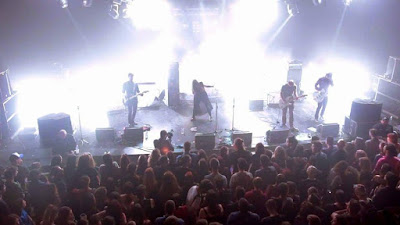 Each song on "Ballads for the Wastelands" stands on its own merit but is also an integral part of its whole so it would be remiss to pick and choose favourites, this is an album that works best heard from start to finish and enjoyed and savoured as a whole rather than just a collection of individual songs.
Check it out ....