Conceptual albums these days can be a tricky thing to get right, artists want/need to tell their stories via songs connected to each other by a theme but at the same time a band needs those songs to stand up in their own right, especially in today's digital age where music buyers can purchase the tracks they like and leave those they don't.  It's a brave move by any band these days to attempt to release a conceptual album but when it's done right it can be a beautiful thing.
Spanish groovsters Hela, Mireia Porto (vocals and guitars), Julián Velasco (guitars and fx),  Tano Giménez (bass) and Miguel Fernandez (drums), are one band unafraid to tackle the minefield of the concept album and with new album "Death May Die"(Discos Macarras Records for CD's/ Lay Bare Recordings for Vinyl), a tale of one girls struggle against all odds to find and be herself, they have found a perfect balance between songs that can work thematically and also work independently of that theme. 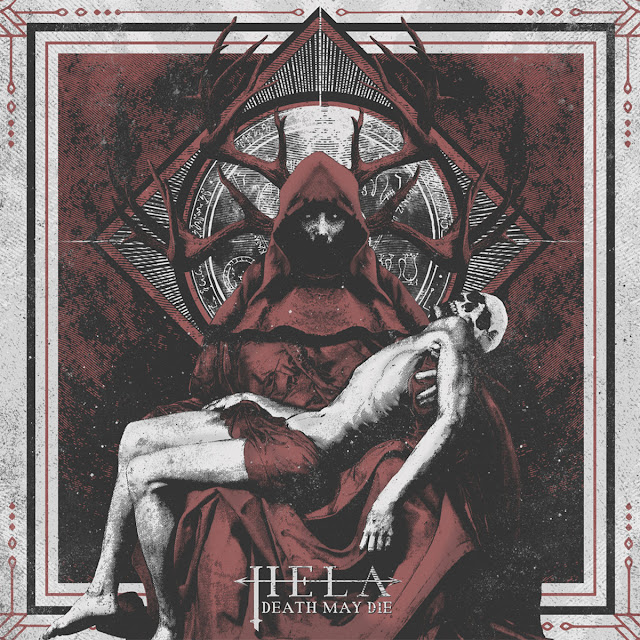 "The Gateway" opens "Death May Die", an ominous low, slow doom groove with demonic breathy vocals growling beneath a foreground of pounding percussion, grizzled bass and sinister circular riffage which is swiftly followed by "Mother of Monsters" a song that although rooted very much in the occult/doom/stoner metal genre has a thread of alt/grunge dynamics running through its veins and is the albums first track to feature Mireia Porto's vocal tones. Porto brings a different aesthetic to Hela's sound than her predecessor Isabel Sierras, a little less ethereal, a little darker around the edges but just as powerful, her voice and guitar playing a perfect fit for the slightly more progressive doom grooves that she Velasco, Giménez and Fernandez are presently experimenting with. This is never more evident than on next track "Touched By Evil" a song that finds Porto wailing banshee-like melodies over a backdrop of constantly shifting groove, Fernandez and Giménez combining to lay down a plethora of diverse rhythms and growling bass lines for Velasco and Porto to weave their six string magic around with the former ripping some scintillating lead work from his strings and fretboard. "Dark Passage" finds Hela toying with post-rock textures and alt-rock dynamics around what must be Porto's best vocal performance on the album, the guitarist/vocalist stretching her vocal chords to their limit and in doing so adding a gritty edge to her tone giving the songs dark progressive and metallic grooves an added level of power and emotion. "Repulsion" has the band mixing it up musically between moments of crushing brutality and moments of quiet reflection with Porto's sweetly sang mantra of "walking with my head down", in the songs more tranquil section, a complete contrast to her more forceful aggressive tones elsewhere.
"Bodies In Hell" brings "Death May To Die" to a close  with a song that sees Hela really embracing those progressive metal elements that have been threatening to break out on previous tracks. Velasco and Porto between them lay down a swathe of exotic tinted riffs, fills and solo's over a tumultuous array of rhythm'n'groove, expertly laid down by Fernandez and Giménez, with Porto mixing up her vocals accordingly, even getting a little growly and grizzly in the songs closing moments. 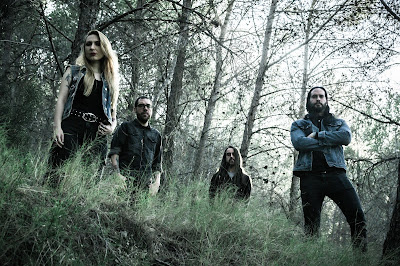 Hela were always a good band but with the addition of Porto on second guitar and vocals they have evolved into a great band and "Death May Die" with it's darker edges, progressive leanings and conceptual theme stands as a fitting testament to that evolution.
Check it out ....