The art of songwriting and arrangement sometimes gets a little overlooked within this scene we call the underground, too often we get side-tracked by the sheer power of the riffs on display and tend to forget about everything else that actually goes into making a song work. Fortunately there are still bands out there who although duly able to supply crunching refrains and punchy rhythms also understand the importance of well written, well structured songs to accompany them.
One such band are Young Hunter, Benjamin Blake (vocals, guitar), Sara Pinnell (vocals, keys), Erik Wells (guitar), Sam Dean (bass) and Grant Pierce (drums), a quintet from  Pittsburgh, Pennsylvania who's mix of melody and might can be witnessed on their latest full length outing "Dayhiker". (Fear and The Void Recordings) 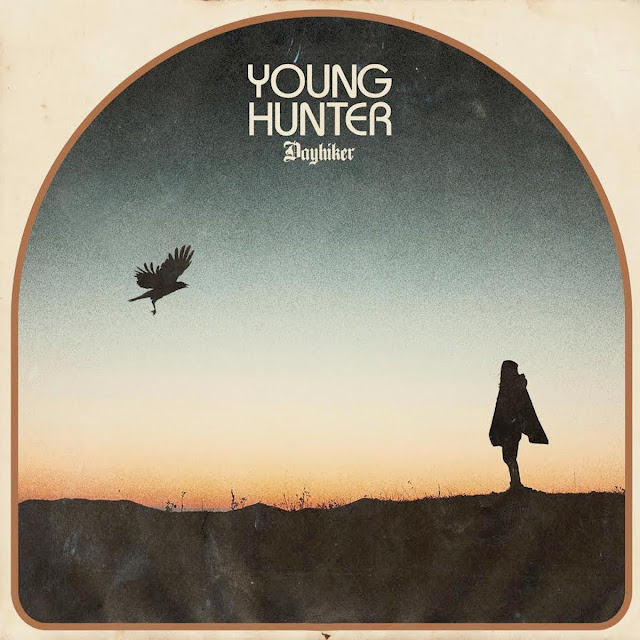 "Dayhiker" is a stunningly eclectic album and one that at times may come across as a little schizophrenic but is also one that is highly enjoyable , an album that mixes genres and styles from across the board but does so without losing its focus or sense of its own identity. Elements of Americana, psych, stoner and classic rock are all touched upon as Young Hunter take you on journeys through their world via seven songs of both smile inducing and spine-tingling excellence. Vocals are handled individually and jointly by Blake and Pinnell,  Blake's tone mellow and dreamy,  Pinnell's a mix of ethereal and sweet, their harmonies plus own instrumental contributions, when combined with the superb grooves brought to the table by Wells,Dean and Pierce, giving songs like " In The Shadow of the Serpent", "Entered Apprentice" "and "Dark Age" an almost Fleetwood Mac meets early Sleepy Sun aesthetic. 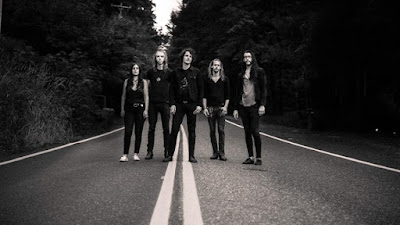 In summing up Young Hunter have with "Dayhiker" made an album that shows not only a step up in levels of musicianship but also one that shows an elevated maturity in both ideas and songcraft, long may it continue.
Check 'em out ...