Russia still remains a little bit of a mystery to those living outside of its borders, we are never quite sure that things we hear about the country from our governments and news media is really the truth or just political spin, what we can be sure of though, thanks to sites like Bandcamp and Reverbnation, is that there is some damn fine music being made there.
Corroded Realms, Redneck (vocals), Kazak (guitar), Alisher  (guitar), Nil (bass) and Bobrrr (drums), hail from St. Petersburg and jam a groove heavily influenced by the southern sludge and metal refrains of Down, Pantera and Crowbar and first came to Desert Psychlist's notice with their debut album "Widow"(2015) a raucous collection of crunching riffs and rhythms fronted by big throaty vocals, the band have now followed this up with their second full length album "No Healing For Tortured Mind". 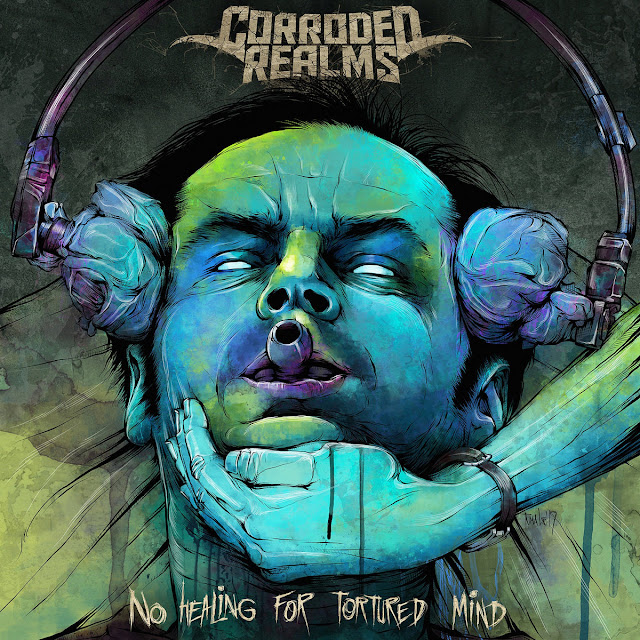 Somehow those sounds of southern flecked metal mixed with elements of doom,thrash and hardcore, associated mainly with New Orleans, Louisiana, have migrated their way north from the swamps and bayous of their homeland and found a home in the colder climes of Russian city Saint Petersburg. Well that is how it feels when listening to the ten songs that make up the track listing of Corroded Realms "No Healing For Tortured Mind". If the casual listener happened across the bands second album with no prior knowledge of its origins it would come as no surprise, if when hearing songs like "Grenade In The Mouth", Bone Tomahawk" and "Stone Fire", with their full on metallic grooves fronted by throaty bear like growling, they were not fooled in to thinking that what they were listening to was recorded in some Louisiana studio by a fresh new NOLA band with their eyes on the glittering crowns of Crowbar and Down. Vocalist Redneck shows barely a hint of his Russian accent as he roars Anselmo-like over the crunching powerchords and searing solo's of Kazak and Alisher, his powerful, strong tones superbly backed up by Nil's growling bass and Bobrrr's solid, punchy percussion, the five musicians coming together to create a whirlwind of growling groove that although slightly familiar is at the same time exciting and fresh. 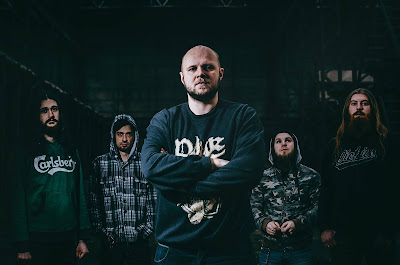 Southern tinted metal can some times sound a little generic in the wrong hands but Corroded Realms, with "No Healing For Tortured Mind", avoid the old clichés by keeping their southern leanings buried beneath an onslaught of bruising metallic bluster allowing those southern tendencies to colour their grooves but not overpower them resulting in an album that swings as much as it swaggers,