It's not often Desert Psychlist gets to wax lyrical about a band hailing from its own backyard so it's with great pleasure and also a certain amount of pride to introduce you Sickfist, Jed Baker (lead vocals and bass guitar), Rik Spanner (backing vocals and drums), Aris Perperoglou (rhythm guitar) and Max Mayes (lead guitar),  an Essex, UK based quartet who first came to our attention with their three song self titled EP "Sickfist" (2016) and are now just about to release their debut album "Adrifft" (released 21st October 2017). 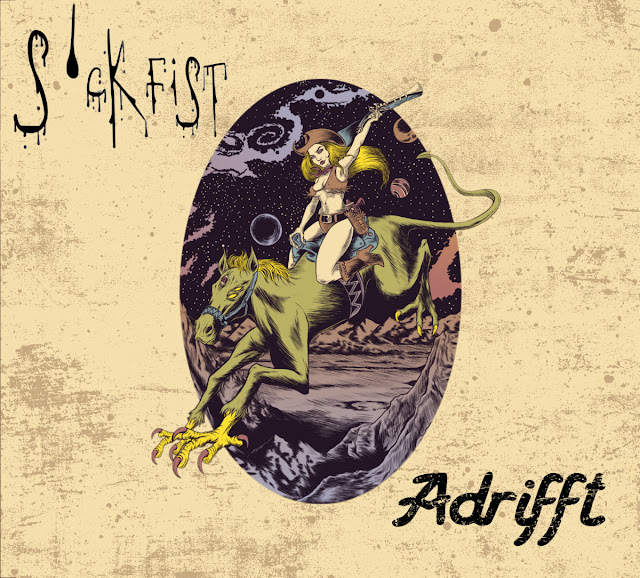 The first thing that hits you when listening to the eight tracks that make up "Adrifft" (nine if you download the digital version where you get a bonus track "Godzilla") is that although the grooves owe a huge debt to the stoner/desert grooves of the USA and and Europe the vocals  have a quintessential Englishness in their feel, tone and delivery. Clean with a slight indie vibe their initial impact comes as quite a surprise on first listening, especially to those who may be used to the more growlier, throatier styles that are the norm in this genre, but as the album progresses the ear gets accustomed to their tone and delivery and the listener begins to appreciate the elements of uniqueness and quirkiness they bring to the proceedings. Musically Sickfist are all about the fuzz and Perperoglou  and Mayes lay it down thick and grizzly backed superbly by Spanner's solid, tight percussion and Baker's grizzly bass. 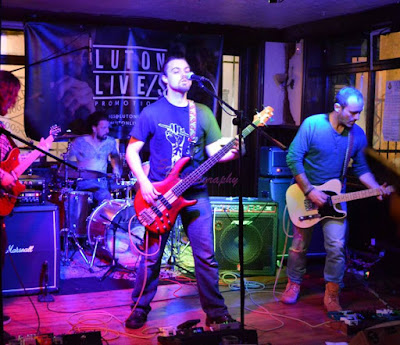 Like The Who did  before them Sickfist write anthems for their generation, telling tales of disillusionment and detachment against backdrops of warm, fuzz drenched stoner/desert groove as on "Isolate" where Baker sings "Play my music loud to block out reality,standing in a crowd trying to hang on to sanity, enclosed in a bubble I can feel serenity, get out of my face, don't invade my space", voicing the angst and frustrations felt by disenfranchised youth and young adults and once again proving that rock music works best when its angry and pissed off!
Check 'em out....

Posted by Desert Psychlist at 11:33