Desert Psychlist sometimes wonders what those men and women, ripped from their homelands and forced to work under the yoke of slavery, would make of the way their simple songs, sang to alleviate their burdens, have evolved into that which we now call the blues, especially when they found those songs had been adopted by long haired and bearded white men, electrified,swamped in swathes of fuzz and played at ear-splitting volumes like those delivered by Philadelphia's Hound on their new album "Born Under 76" (Let's Pretend Records) 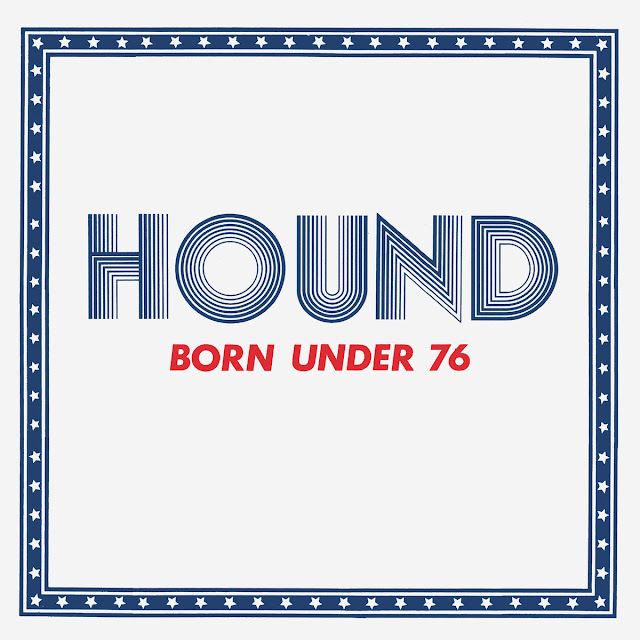 Hound, Perry Shall (guitar/vocals), Chris Wilson (drums) and Pat Hickey (bass), are not your archetypical blues rock band, for a start there is just a hint of punky aggression and attitude to be found within their grooves along with large doses of desert/stoner gritty fuzz and distortion. Hound's approach to the blues comes from a slightly left of field position, a position not dissimilar to that taken back in the day by cult 70's bluesters The Groundhogs, in fact it is not unfair to say there are times, while listening to the twelve tracks that make up "Born Under 76", that the casual listener might be fooled into thinking he/she is actually listening to a present day version of that band such are the musical and vocal similarities. Perry Shall's vocals, on songs like "Eyes In The Dark", "Demon Eyes" and "Best Wishes", have a more than a essence of "The 'Hogs" Tony McPhee's vocal inflections and tones about them especially when they are combined with his slightly phased and spacey guitar tones. Hound are not all about one man however and Wilson and Hickey support Shall's vocals and guitar with a dazzling array of rhythmic grooves, Hickey filling in the spaces left by Shall's vocals and guitar with big grumbling bass lines while Wilson holds down his end with tight powerful displays of industrious percussive might, the pair forming the perfect frame for Shall's vocal and six-string portraits. 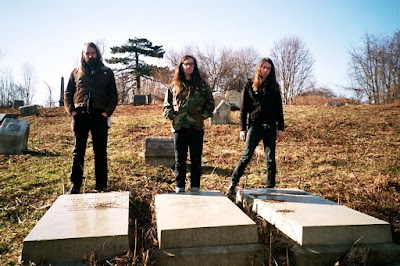 Although the blues, in one shape or another, inform most of the songs on "Born Under 76" it would be wrong to suggest this is a "blues" album, on songs like "Two Horns" and the punky "Bad One" the band step momentarily outside of their delta drenched comfort zones and jump into harder more aggressive territories showing that when the song calls for it they are quite capable and willing to mix it up and are not just one trick ponies.
Check it out .....