Desert Psychlist once again revisits Brazil, a country fast becoming a major player on the underground scene, to bring you yet another band of groovsters demanding your attention. This time the band in question are,  Alexandre  Canhetti (vocals), Pedro Canhetti (lead guitar), Danilo Oliveira (bass), Rafael"Psy" Daltro (rhythm guitar) and Arthur Rodrigues (drums), a quintet going by the quite unusual but memorable name of  Gods & Punks who have just released their debut album " Into The Dunes of Doom" 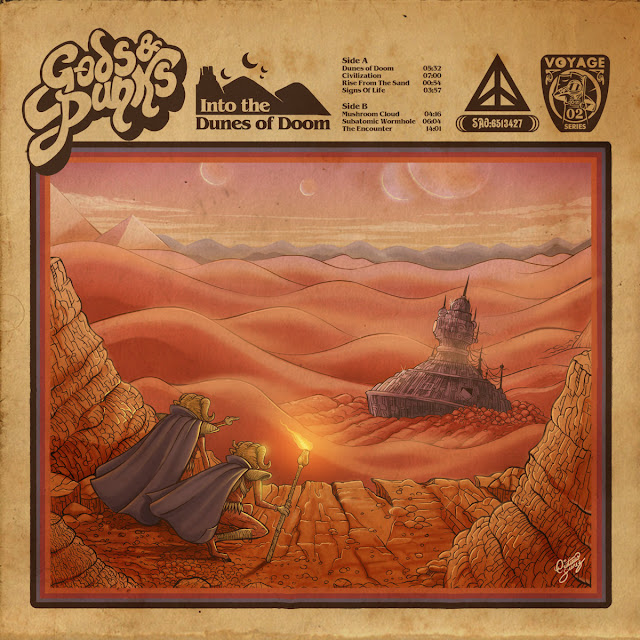 Gods & Punks are a band who wear their admiration for 70's hard rock proudly on their collective sleeves but are not a band defined by that sound, the five members bringing to the table elements of swirling psych, cosmic space and good old stoner fuzz to beef out their slightly proto grooves and give them a modern, yet still very retro, feel. From the Ozzy-ish vocal refrains of opener "Dunes of Doom" through the excellent "Signs of Life", with it's clever guitar and bass interplay, and the swirling instrumental "Mushroom Cloud", with it's bluesy guitar solo's played over an ever shifting pattern of diverse grooves, to the epic closer "The Encounter" with its sprawling canvas of progressive textures fleshed out by guest Ronaldo Rodrigues' superb keyboard flourishes, there is not a minute, second when the listeners attention is allowed to drift, the band holding them rapt and absorbed with where this band might lead them next. 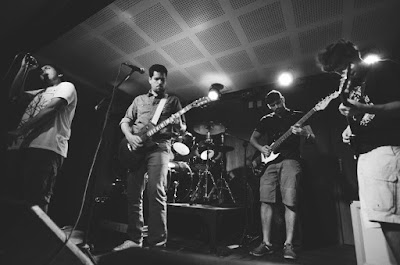 Retro yet modern, heavy yet gentle, basic but at the same time full of complexity Gods & Punks have, with " Into the Dunes of Doom", made an album that ticks all the right boxes and has something to offer to the full spectrum of underground rock fans be they young bearded doomers or middle aged rockers looking to relive their past.
Check it out ....