Live recordings can be a little hit and miss, sometimes they can show a band at the height of their powers able to improvise and take songs, that in the studio sound a little stilted, into another dimension. On the flip side of the coin live recordings can also show a bands failings and reliance on studio technology to bolster their musical shortcomings. Sweden's Hazemaze, Ludvig Andersson (Guitar/Vocals), Nils "Ein" Einéus (Drums) and Estefan Carrillo (Bass), however have taken a different approach, the trio from Stockholm avoiding those comparisons mentioned earlier by releasing a live recording " Live At Copperfields" prior to any studio output. 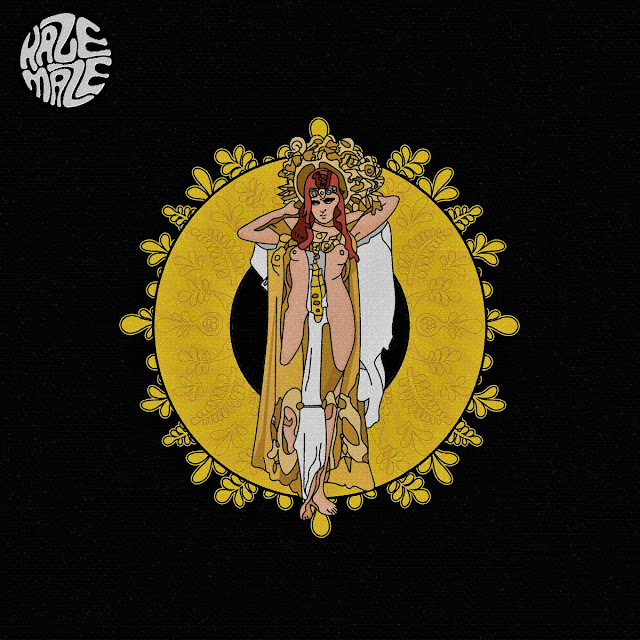 "Lies" opens the EP with Carrillo laying down some funky bass slowly joined by Einéus on drums and Andersson on guitar the trio slipping into a comfortable blues groove that is somehow enhanced by the echo and presence of the club environment it has been recorded in. Andersson injects touches of Trower-esque guitar colouring into proceedings as well as handling all the vocals, his clean strong voice possessing all the attributes needed for this style of music, a gruff edge in the lower register and a clean strong blues holler at the other end of the spectrum.
"Wall of Confusion" follows and again finds the trio in heavy blues territory this time blended with a little hard rock grittiness and recalls in places 70's proto-metal cult heroes Truth & Janey if maybe a little less psychedelic.
"Feedback & Black Mamba" sees Hazemaze adding a darker edge to their grooves, the trio not so much getting low,slow and heavy but definitely heading in that general direction.  Einéus and Carrillo lay down an impressive array of rhythmic backdrops for Andersson to paint over with his distinctive vocal tones and swirling bluesy riffs and solo's, the vocalist/guitarist even getting a little vocally demonic and growly in places.
"Lord Cubensis"  finds Andersson sermonising like a lay preacher telling us his "skin is crawling like a snakepit" over a foundation of crunching blues flecked proto-doom perfectly fleshed out by Einéus' pulverising percussion and Carrillo's growling bass with Andersson peeling of some scintillating lead guitar to take things to the close.
"Doom" finishes the bands set with a doom drenched slow blues textured with shards of psychedelic guitar colouring weaved over and around an atmospheric backdrop of perfectly executed bass and drums with Andersson proclaiming loudly  that he "don't want To live" before suddenly taking off into a mid-tempo Sabbath-esque proto-doom groove then settling down again into its original bluesy groove to finish. 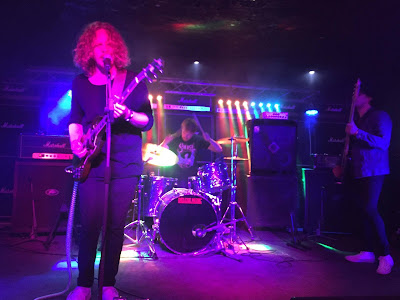 Hazemaze are currently in the studio recording their debut album and if their studio recorded output is anything like the grooves to be found on "Live At Copperfields" we are in for a treat
Check it out ...