Every now and then a new release slips through the elaborate netting system Desert Psychlist uses to capture all that is new and interesting in this scene of ours, thankfully those releases that do slip the net are not usually left floundering for long as there are all manner of fans, band members and even PR firms standing ready to throw those strays back into the net for our perusal and review. One such band that initially eluded us is Germany's Hammada a four piece from Freiberg consisting of Kristian Schulze (Vocals, Organ), Christian Döring (Guitar), Lenz Fiedler (Bass) and Sönke Tautorus (Drums) who in February of this year released their latest EP "Sfara" 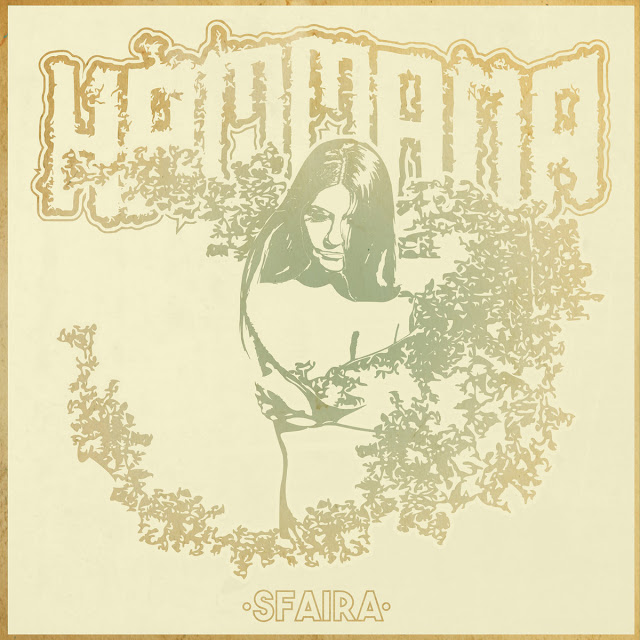 "Heliokratia" kicks things off nicely, the song beginning with lone guitar tones reverberating over fuzzy white noise before being joined by bass and drums in a hazy lysergic groove interrupted by sporadic moments of heavy psych bluster. The band bring it all down to allow the vocals to enter, Schulze's clean warm tones, crooned over a backdrop WAH drenched bass and pounding drums, are smooth, clean and easy on the ear and retain this clarity even when the songs dynamic shifts into harder territory and he is forced to alter his delivery to match its power. The song holds the listeners interest by shifting through a series of differing soundscapes with soaring bluesy metal, tranquil psychedelics and swaggering classic/hard rock all visited as it weaves and winds its way to it's glorious conclusion.
"Monument" follows and wastes little time in introductions by plunging straight into a fuzz drenched refrain pushed hard by Fiedler's thrumming bass and Tautorus' solid percussion with Schulze crooning and roaring forcefully overhead as well as adding deft touches of  keyboard colouring
"Helios" finishes the EP with a deliciously lysergic romp, coated in Schulze's sublime vocal tones and underscored by his keyboards, that continuously undulates between  moments of heavy stoner brutality and psychedelic tinted beauty. Seamlessly shifting gears and dynamics the song wends its way, enhanced by Doering's scorching solos and driven by Fiedler and Tautorus', drums and bass, through a diverse array of rhythms and grooves finally finishing where it all began in a swathe of white noise. 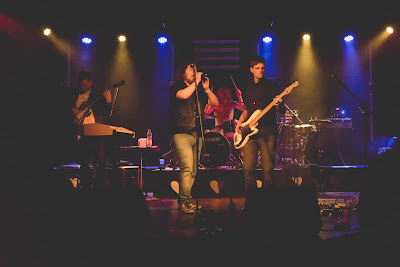 "Sfaira" is an album that has an echo of the past but lives very much in today, the three songs premiered here having an essence of hard/classic rock, touches of fuzzy stoner bluster and whole lot of diverse and complex groove, if there is a downside to this EP it's that its not a full album!
Check it out....