When the stoner/desert scene exploded into being in the early 1990's it was pretty much split into two camps, one camp, which included Kyuss. Fu Manchu and Unida, came from a more hard rock/punk background the other which was championed by the likes of Yawning Man, RotoR and Colour Haze took a more experimental approach to the music, often taking off into long extended jams with minimal vocals (if any at all).
Germany's Mother Engine hail from the second of those two camps and have to date released two well received albums "Muttermashcine" (2012) and "Absturz" (2015), the trio, Cornelius Grünert (drums), Chris Trautenbach (guitar) and Christian Dressel (bass) are just about to release their third album "Hangar" (Heavy Psych Sounds Records). 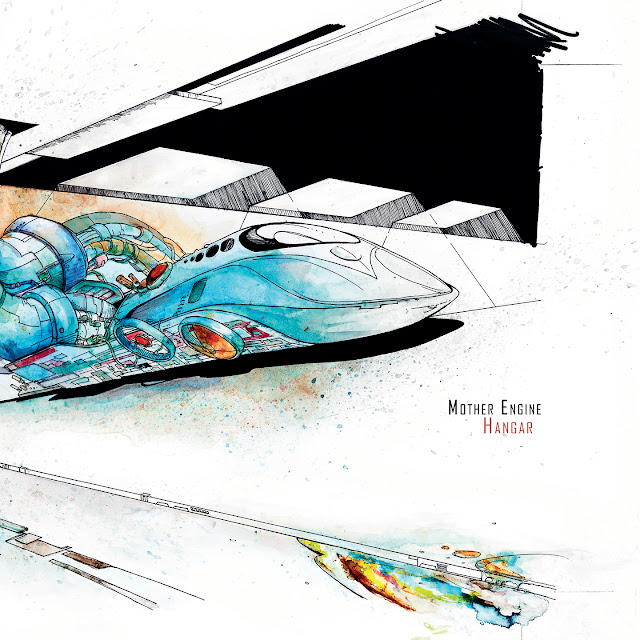 The album continues the bands loose theme of cosmic journeying that informed the bands first two albums with four songs split into movements that flow seamlessly into each other and sees the band shifting gears through a smorgasbord of differing dynamics, tempos and dramatics using not only melody as the basis for their grooves but also dissonance and atonality, moving from harmonious and pleasant to discordant and ugly in a heartbeat. Funky in places, hard rocking and raucous in others the music shifts back and forth between serene ambience one minute, fuzz drenched riffage the next, never sitting still long enough for someone to lay a musical tag or label on, the band even throwing in a little modal jazz colouring on "Tokamak". 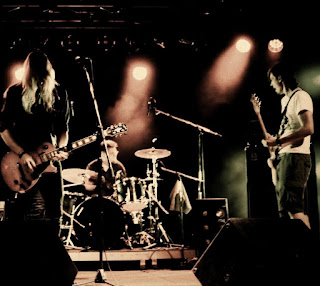 "Hangar" is an immense album which was two years in the making and the time and patience put into this project has well and truly paid off. Instrumental music can be a little one dimensional in the wrong hands, sometimes just a vehicle for one member (often the guitarist) to show off his or her musical prowess, not so with Mother Engine, each member brings to the table not only a high level of individual skill but also an ability to play off of each other with no one musician dominating proceedings, the trio playing as an ensemble and creating a sound that is the sum of its whole as well as a sum of its parts..
Check it out ....