If you take some bluesy hard rock add a pinch of proto-metal and season with a touch of doom and then coat the resulting groove in Glenn Danzig -like vocal tones then your likely to arrive at a sound not unlike that of Ohio's Crowtalker. Crowtalker, Ryan (drums), Jesse (vocals), Kyle (guitar) and Wig (bass) hail from Columbus, Ohio and are a relatively new band who having only played their first live show in May of this year are trying to keep the momentum going by now releasing their first EP "Crowtalker". 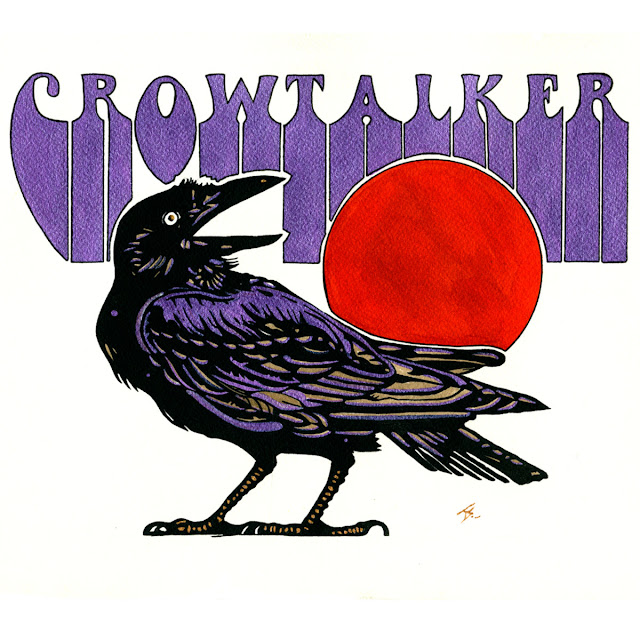 First track "Them Crows" moves from a fizzing drone intro into a bluesy doom refrain that leans more towards the Zeppelin-esque than it does that of the more Sabbath orientated grooves that are the norm today, a groove ingrained with a dark metallic edginess that even  Page & Co., at their most satanic, would probably struggle to replicate. Over this tornado of metallic delta groove are delivered powerful deep baritone vocals that have, as already mentioned, a distinct Danzig like feel giving the song an added dimension of gothic rock splendour.
"Sleeper" starts off life as a stonerized hard rocker driven by booming bass lines and pounding drums furnished off nicely by an addictive fuzz drenched guitar motif before shifting gear into a pulverising slow, low doom groove with those uber-strong vocal tones roaring manfully over the top.
"Wither" raises the tempo and sees the band jamming a galloping hook laden groove, replete with clever little musical twists and turns, around a slightly more strident vocal performance.
"The Well/Train Wreck" is, at a guess, two songs cleverly cobbled together to make one epic statement with the first part having an almost outlaw country feel, both musically and vocally, and the second  being a storming atmospheric doomy blues foray enhanced by crunching riffs and searing guitar solos all underpinned by a pummelling, pulverising combination of bass and drums. 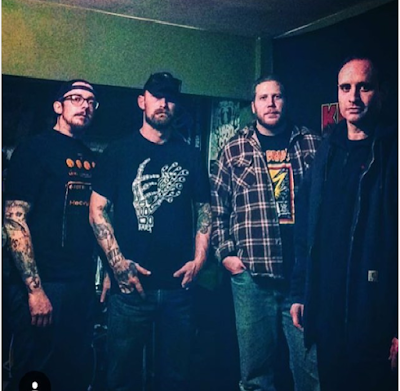 Swagger is often a word bandied around when describing music that has a bluesy core but what does that mean? Well the English Dictionary defines swagger as " to walk or behave in a very confident and arrogant or self-important way" and if you transpose this to musical terms then we are talking about grooves that have a certain strutting quality that say "this is us and this is what we do, deal with it" and "Crowtalker" is an EP that swaggers like a peacock in full display from start to finish.
Check it out ....