Intricate, complex music is all well and good when your in the mood for some deep thought and reflection but there are times when you just want to kick over a few tables and throw a chair or two around and for that you need some good ol' in your face, aggressive grooves. Well if that describes your current state of mind and musical need then look no further than Starburner's self titled debut EP "Starburner". 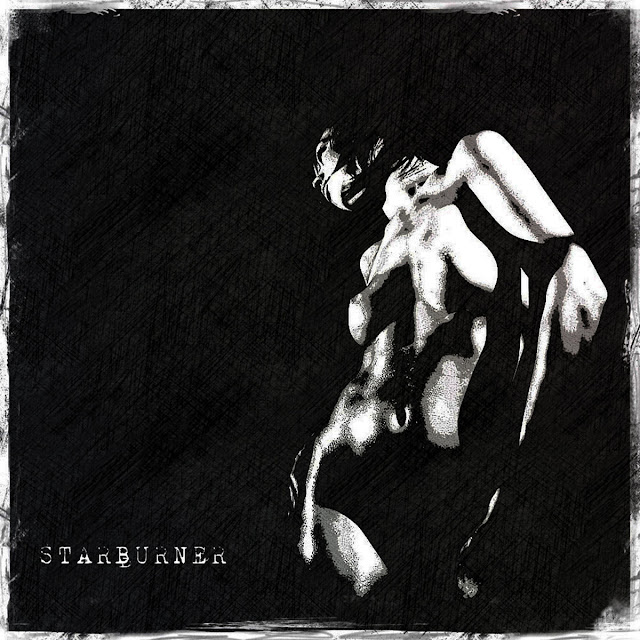 Anger is often a short lived emotion bursting forth suddenly from somewhere within and then dissipating almost as soon as it has been released, much like the four songs that make up "Starburner", Starburner (the band) deal in short sharp blasts of molten stoner metal that hit you hard and hit you heavy, blasts laced with elements of doom and hard rock fronted by raucous larynx tearing vocals. Songs like "Palms", with it's addictive chorus, powerful drumming and wah drenched solo's, "GTI", with its pacey hard driving groove and "Slow Obsession", with its swinging vocal line are delivered with a feral ferocity that at times is overwhelming but are balanced out with little subtle touches of bluesy/hard rock guitar colouring. Even when the band  ease up on the ferocity, as on the relatively slow, low and doom drenched penultimate title track "Starburner", such is the undercurrent of simmering malevolence boiling just beneath  its surface that the listener is left with a feeling that this  song could at any minute explode into another onslaught of anger and aggression. 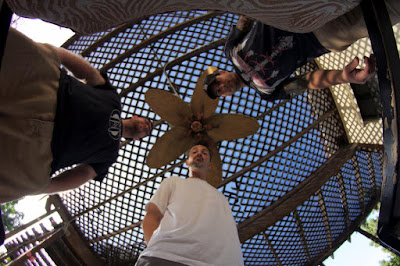 Powerful, short and to the point and heavy without being overly brutal  "Starburner" is an EP that smacks the listener hard round the face, leaving an imprint that'll take a long time to fade and will leave a lasting memory.
Check it out ...
.
© 2017 Frazer Jones
Posted by Desert Psychlist at 06:23