Slow, low and heavy is the dynamic that many of us associate with the genres of sludge metal and doom, these more sedate tempos and lower tunings somehow amplifying the music's intensity and depth in a way that standard tuning and brighter dynamics would struggle to emulate.
France's Owl Coven know a thing or two about dynamics, the Nantes quartet use them to create huge monstrous rumbling grooves of sludge tinted doom flecked with pinches of psychedelic colouring and occult texturing, two examples of which can be heard on the band s debut EP "Cosmic Void" 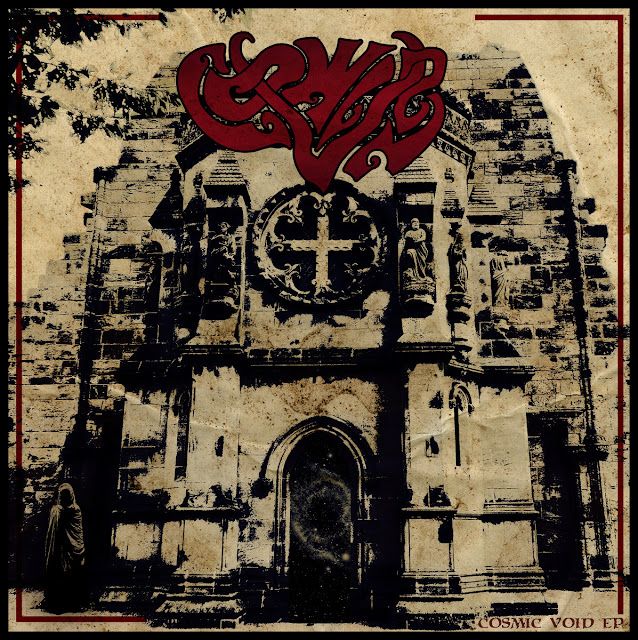 "Wanderer of the Cosmic Void" opens with the obligatory narrative soundbyte lifted from some classic horror movie, something that seems to be mandatory these days, beneath which a reverberating guitar arpeggio is gently and slowly picked. As the song slowly evolves the guitar is joined by sporadic bursts from bass and drums embellished with Gregorian-like vocal chanting before guitar, bass and drums all come together and the songs drifts into a low, slow heavy doom groove with the vocals shifting from monk like to demonic. Now there are those that rail against harsh vocals but here mixed low down amidst a tsunami of swirling, psychedelic morosity they work perfectly and give the song a feeling of epic magnitude.
"Dying Mammoth" begins with swirling wind like effects then segues into a sludge heavy desert groove over which glistening shards of chordal guitar colouring sporadically erupt like lightning illuminating a black sky. Buried within this maelstrom of sound rasping, chanted vocals tell of  "Mountains made of concrete" and "Modern altars built to ancient demons", a damning verdict ,set to a soundtrack of unrelenting heaviness, bemoaning  mans unstoppable quest to destroy his only habitat. The song then takes flight into an extended jam with bluesy guitar solo's swooping and swaying over a foundation of earth-shaking bass and pummelling percussion before finishing with another soundbyte, this one very apt and simply stating "One day, sooner or later, you will remember my words" 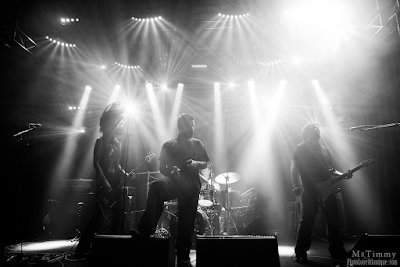 Atmospheric and strangely spiritual "Cosmic Void" is a superb debut from a band who are unafraid to bring a little social commentary and self analysis to a genre of music renowned for its obsessions with the macabre and dismal, and that alone deserves our applause.
Check it out....