Even before Hawkwind first beamed down to Earth from the planet Ladbroke Grove in the early 70's there have been bands toying with cosmic themes, either in their lyrics, their artwork or in their music. It's not suprising then that space, after women, fast cars, drugs and the devil, is still as popular today, as a subject to base your grooves around. as it ever was.
Polish cosmonauts of groove Spaceslug, Bartosz Janik (guitars/backing vocals), Jan Rutka (bass/vocals) and Kamil Ziółkowski  (drums/main vocals), who have released two previous albums "Lemanis" (Feb. 2016) and "Time Travel Dilemma" (Feb. 2017) ,  have long been fascinated with all things Galactic and this fascination as been the basis around which they have built their sound, the band telling tales of vast multiverses, black holes and dark matter in low clean vocal tones over slow heavy rhythms and swirling psychedelic guitar colouring, themes and grooves they continue to explore on their latest release "Mountains & Reminiscence" (Oak Island Records) 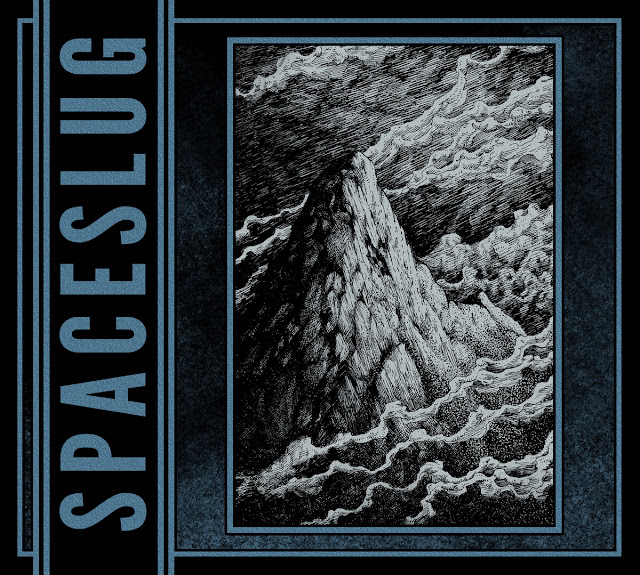 . "Bemused and Gone" signals lift off and propels the listener through the troposphere into the stratosphere with mournful vocal harmonies chanted over a backdrop of slow tribal drumming, growling low bass and soaring guitar solo's before "I Am Gravity" tries to tear your body apart with it's insistent heavy groove and crunching riffage. "Elephemeral" follows and sees Janik laying WAH drenched guitar motifs and crunching powerchords over  Rutka's thrumming bass lines and Ziolkowski's punishing beats all coated in mellow clean vocal harmonies. "Space Sabbath" begins with Janek evoking pinging, spacey effects from his guitar expertly supported by the drums and bass of Ziokowski and Rutka with the drummer crooning mantra-like vocals overhead. The song slowly grows in tempo and menace slipping gradually into a mid-tempo Sabbath-esque groove, broken only by soundbytes lifted from 1968's "2001: A Space Odyssey", taking flight again on a wave of Iommi-like guitar colouring before finishing back where it started. We finally reach our destination with "Opposite The Sun" a song that again utilises Iommi-type solo's and riffs but this time sets them against an ever shifting backdrop of strident rhythms overlaid with an array of subtly changing vocal harmonies that gradually decreases in tempo until almost, but not quite, moves into slow blues territory. 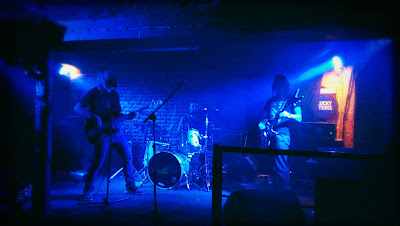 Set the controls for the heart of the sun listeners, you are about to go boldly where no man has been before as Spaceslug take you, with "Mountains & Reminiscence", on a musical journey across infinite galaxies and endless universes to a soundtrack of low, heavy riffage and powerful complex rhythms. In space no one can hear you scream.... for MORE!
Check it out ....