There seems to be a subtle shift towards a more "classic rock" sound within some quarters of the rock underground of late. Whether this is a natural shift brought about by the instrumental and technical evolution of some of the scenes musicians or whether the bands in question are responding to a growing demographic that are now looking for a little more to their music than just a fuzz drenched riff and songs about weed and wizards, Desert Psychlist doesn't know. What we do know though is that over the last month or so Desert Psychlist has seen a growing number of albums and EP's passing across our desk that jam grooves of a more refined musical dynamic.
One of those bands currently approaching their music from a more "classic rock" direction are Gypsy Chief Goliath, Al Yeti Bones (vocals, guitars), Adam Saitti (drums), Darren Brush (bass), Dustin Black (guitars), John Serio (guitars) and Mark Calcott (keyboards) , a sextet from Windsor, Ontario who have just released their fourth album "Masters Of Space And Time" (Kozmik Artifactz) 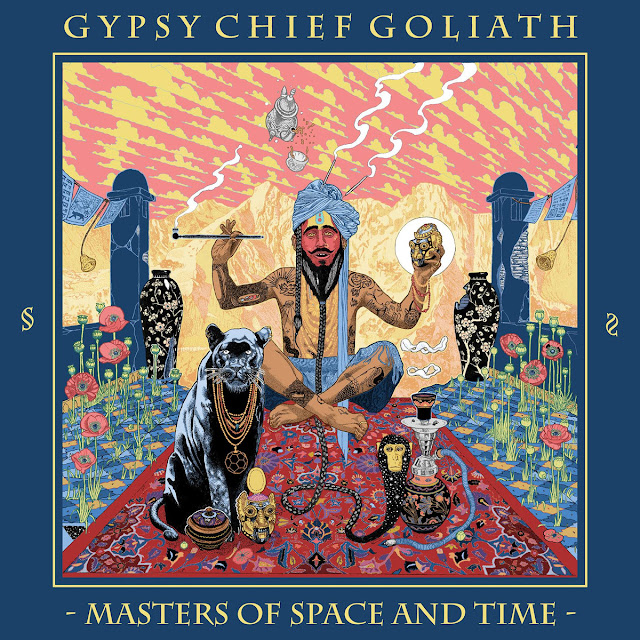 Gypsy Chief Goliath's previous work ,although showing hints of moving towards a more classic rock sound, has been somewhat heavier and a touch more sludgier than what can be found gracing their latest effort. Those of you familiar with Gypsy Chief Goliath's previous work should however not be dismayed as "Masters Of Space And Time" still retains those more raucous elements of their sound, its just here they are a little more polished and refined. Bones, whose gruff big bear tones were a dominant force on past recordings, must have also been putting a little of that polish on his vocal chords as here we find him mixing up his gruff throaty bellows with vocals of a more restrained and melodic nature, and dare we say it, even coming over a little soulful in places, his mix of harsh and dulcet tones bringing a whole new dimension to GCG's sound. Bones, Serio and Black's three guitar attack, incorporating crunching riffage, swaying dual harmonies and scorching leads, is underpinned throughout "Masters Of Space And Time" by some industrious rhythmic power courtesy of Saitti's solid tight percussion and Brush's earthy bass tones. These grooves are ably bolstered and enhanced by Calcott's  keyboards, the ivory ticklers parping fills and swirling textures combining with the contributions from his fellow band members to add an extra degree of classic rock authenticity and depth to proceedings and take "Masters Of Time And Space" to a whole new level of enjoyment. 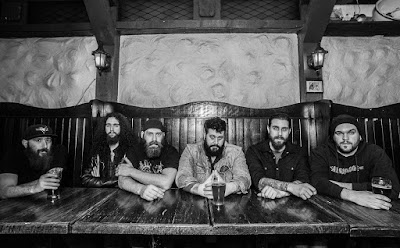 Gypsy Chief Goliath were heading towards a more "classic" sound with their excellent 2016 release "Citizens of Nowhere" (Pitch Black Records) but with "Masters of Space And Time" the band have not only arrived at their destination, they are beginning to make it their home.
Check it out ….