When three musicians get together who have worked together on various musical projects you kind of expect a certain level of telepathy to be present and that's exactly what you get with Georgia trio Negative Wall. Negative Wall are Tommy Stewart  (bass, vocals, Hammond bass organ, Theremin), Dennis Reid (drums, percussion, keyboard, didgeridoo) and Don Cole (guitar) three guys who have crossed paths previously in bands such as Hallows Eve, Bludy Gyres and Tommy Stewart's Dyerwolf and have come together to take listeners on "A sci-fi doom voyage through 70's inspired stoner music scapes and blues riffs" with their new offering "Gammagelu".(Black Doomba Records) 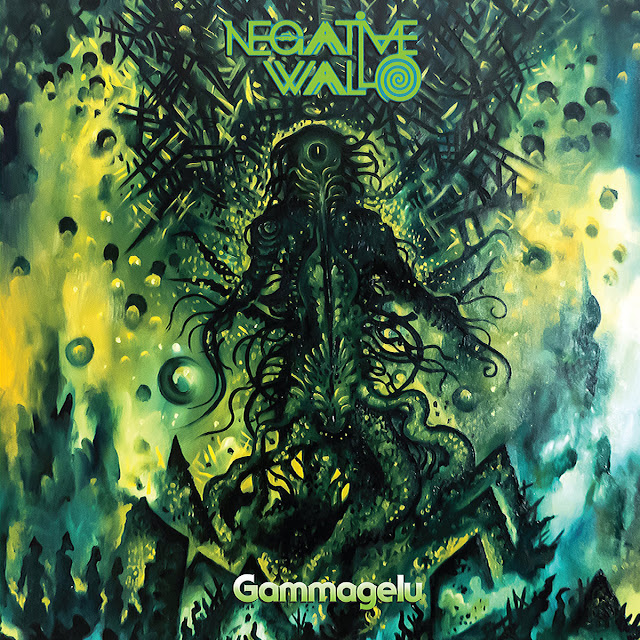 Negative Wall's claim that "Gammagelu is "70's inspired" could be seen as a tenuous one as although there are musical aspects that hark back to the golden days of rock to be found throughout "Gammagelu" the overall vibe is one of grooves that are more of the here and now, grooves that it could be argued owe a bigger debt to the likes of Elder and Monolord than they do say Sabbath or Hawkwind. "Gammagelu" comes across a little less doomic and a lot more prog(ish), spacy and lysergic than much of the music the members of Negative Wall have been associated with previously and is all the better for that fact. The initial reaction ,as first track "Imperii Exsules (Galactic Viatores)" assails the ears, is one of astonishment, astonishment that just three musicians can create a sound this big, this deep and this encompassing, Big fat distorted  riffs, swirling blues infused guitar solo's and growling bass combine with strong clean vocals, howling theremin, keyboards and even a digeridoo to create a huge wall of sound that comes at you in waves and give the albums sci-fi themed songs a vastness and depth that defies their three man execution. 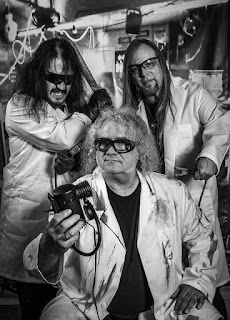 Doomic, heavy music can sometimes be a little icy and distant but there is a warmth to each of "Gammagelu's" four songs that wraps around the listener like a blanket, a thick, dense warm blanket weaved of blues flecked fabric sewn with a shiny sharp doomic metal needle.