Just over two years ago an album landed on Desert Psychlist's cluttered "virtual" desk and proceeded to blow us away, that album, a swirling amalgam of space rock, heavy psych and prog, came from a French combo from Grenoble and both album and band went by the name "Jagannatha". This year Jagannatha return once again to blow our minds and scramble our chakras with three scintillating instrumental jams gathered together under the collective banner "Samsara". 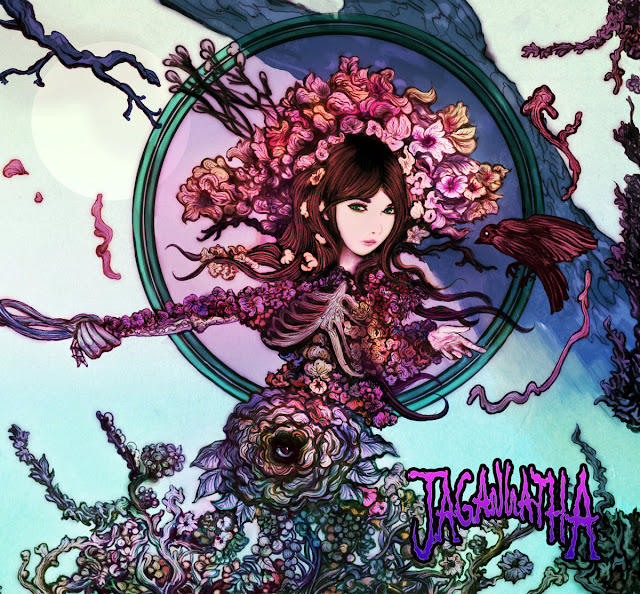 As with their debut, eastern themes and motifs form the foundations on which Jagannatha build their jams but if that has you expecting some hippy trippy tiptoe through the tulips then think again, Ok there are moments to be found on "Samsara" where the music does wander into the realms of the tranquil and ambient but a change through the gears into heavier psychedelic territories is never too far away. It is the balance of heavy and mellow, crunching and laid back that makes listening to instrumental music such an exciting  and rewarding experience and Jagannatha are masters of the medium, seamlessly shifting from one dynamic to the other with consummate and unerring ease. It would be a pointless exercise to break down every little nuance, overtone and modulation that goes into "Samsara"(there are many) as the three jams that make up the album, "Sooraj", Chandrama" and "Brahmaand", are something that should be listened to as you would a classical piece, three movements that make up a whole, needing to be allowed to wash over the listener as one rather than as individual tracks so as to better appreciate the albums overall impact. 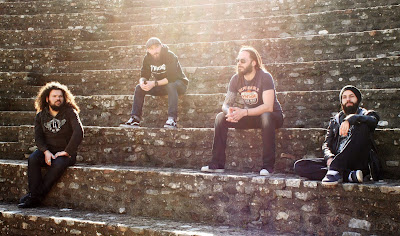 Imagine you could grab a comet by its tail and ride it through the cosmos and on your journey take in distant stars, strange alien planets and other wonders of the universe, this is how it feels listening to "Samsara", a kaleidoscope of colourful shifting groove that never stays in one place too long constantly finding new patterns, shapes and hues to dazzle and delight with.
Check it out ….