DEATH DENIED ~ A PRAYER TO THE CARRION KIND ...... a belated review

Let Desert Psychlist take you by the hand and lead you back through the mists of time, well actually just to this time last year (we just wanted to sound poetic). 2018 was a busy time for the Polish underground rock scene with major players Dopethrone and Sunnata both releasing significantly important albums as well as the sudden emergence, on the global scene, of the likes of Weird Tales and Shine. It should come as no surprise then that some albums coming out of Poland managed to slip under the radar, one such album was "A Prayer To The Carrion Kind" an ass-kicking collection of southern tinted fuzz heavy stonerized metal from Łódź based combo Death Denied. Now we realise a year has passed since its release but we at Desert Psychlist thought it was high time this overlooked little gem got the attention it deserved. 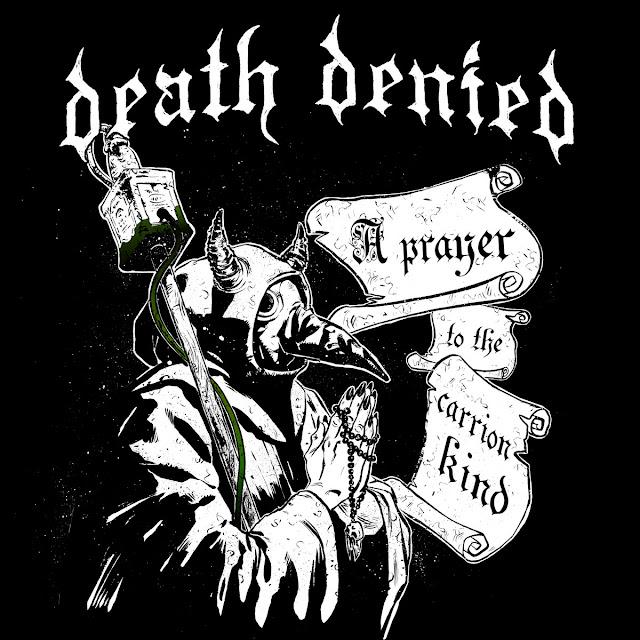 Now one of the reasons "A Prayer To The Carrion Kind" may have been overlooked/missed on its release may well have been its refusal to conform to the heavy, intense brutality and doomic density we have come to expect from Polish underground bands. Death Denied are, despite having a name that suggest sludgy dankness and doomic darkness, more of a traditional metal band who fill their grooves with old school values like melody and swing, this is not to say they don't possess the necessary tools to lay it down low, slow and thick  just that they prefer to temper those elements of their sound with a modicum of finesse. Verses, choruses, bridges and middle eights all find a place to call their own over the course of the albums eleven tracks and all benefit greatly from these tried and tested musical structures. In other words what you get from Death Denied with songs like "Black Orchid", "Atlas", "Funeral Pyre" and "Gods of the Abyss" is just that SONGS! 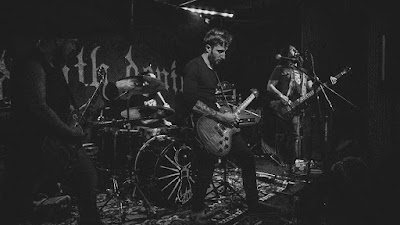 A wholly entertaining album from start to finish with superbly executed clean vocals sang and roared over backdrops of equally well executed groove "A Prayer To The Carrion Kind" is an album that deserved better on its release, maybe this belated review will help get it the attention it deserves and redress that.
Check it out …..