Portugual's Heavy Cross of Flowers describe their sonic output as "Heavy stoner played by good guys (and a girl)" and "A mix of a tasty Stoner Rock/Metal, Sludge and Doom" a statement hard to argue with when listening to their self-titled debut release "Heavy Cross of Flowers" The band, Beatriz Cruz (drums), Telmo Cruz (guitar/vocals), Paulo Ferreira (bass) and Mário Fonseca (guitar) have been in existence since 2016 and have been gaining converts ever since and are now, with their debut, hoping to reach a wider global audience 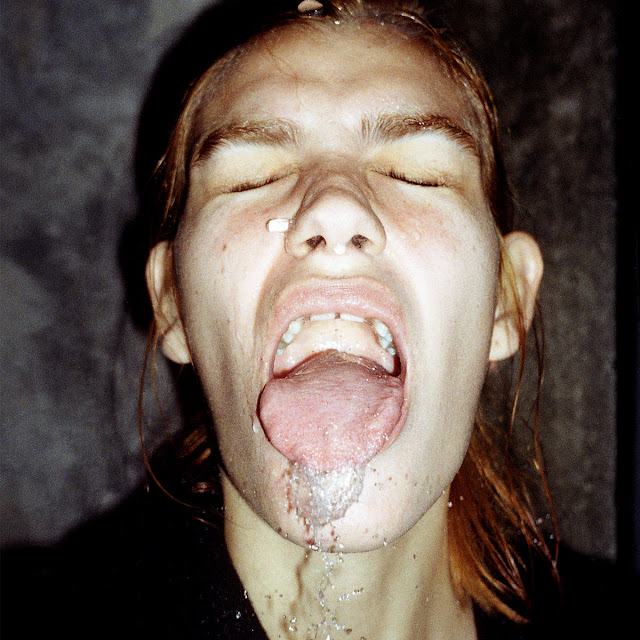 Now the albums stark, quite unsettling artwork may not seem the best choice for pulling in potential customers but when you delve into the grooves it contains beneath all thoughts of why and what the fuck are replaced by joyous fist pumps and breathless gasps of "Wow". From the moment the western themed guitar intro of, first track, "Social Dyslexia" is joined by the rest of the band in an explosion of crunching doomic desert groove the albums artwork soon becomes a secondary concern and you just find yourself glorying in the sheer force of the bands musical attack and in the diversity of that attack.. HCoF are not a band to sit on one riff and let it carry them through, this is a band unafraid to throw everything but the kitchen sink into the mix with the listener just as likely to hear elements of Kyuss/QOTSA like desert/stoner grooviness, ("In Memory Of"), as they are crushing stoner doom, ("Dead On Drugs"),, or hardcore punk rock, ("Get Your Shit Together"). The fact that they do this without losing a sense of their own signature sound is not only impressive its also mind blowing! 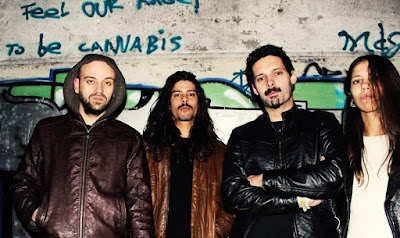 Wanting something psychedelic, doomic, hardcore, stonerized or acidic then look no further than "Heavy Cross of Flowers" an album that has it all, an album that's all things to all men (and women)
Check it out …. © 2019 Frazer Jones
Posted by Desert Psychlist at 06:28