Brooklyn, New York trio Sabba, Kevin Dawkins (drums), Mike Calabrese (guitar/bass) and Valerie Russo (vocals) preface their debut EP "Pentacle" with the words "From the depths of South Brooklyn, occult stoner/doom riffage to melt your genitals". Now admittedly the melting of genitals part of that statement might be pushing it a little bit but the dark, dank occult grooves Sabba lay before their listeners with "Pentacle" does somewhat warm those nether regions up. 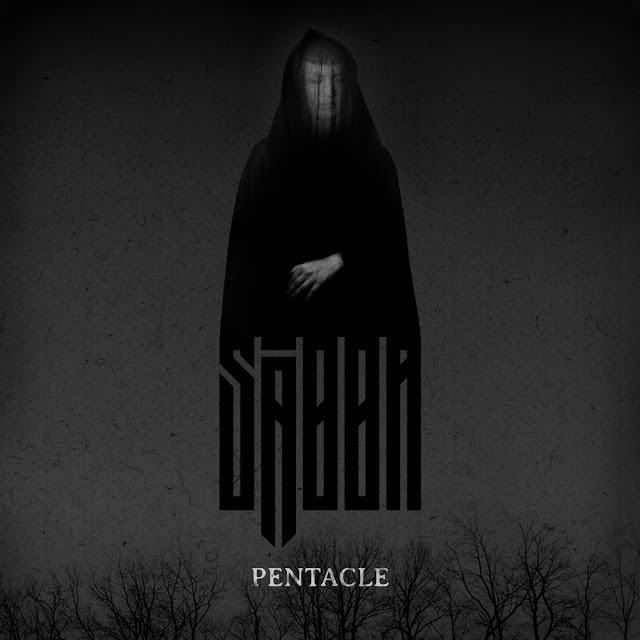 Calabrese's ominously dark, deliciously fuzzed guitar riff, interspersed with Iommi-like vibrato, driven by Dawkins slow but busy percussion, introduces title track "Pentacle", announcing in no uncertain terms that among Sabba's many musical influences it is Black Sabbath's bluesy proto-doom that holds sway. Now you may by now be thinking do we really need another Sabbath influenced band, well the answer to that is twofold for if you wait a moment and allow the vocals to kick in you will soon come the realisation that although groove-wise these guys lean towards the Sabbathesque vocally they are a different animal altogether. Russo's banshee like wails and haunting ethereal tones take Sabba's grooves out of the proto arena and into more occult(ish) doom waters, her mournful tones giving Sabba, an a times, gothic feel, a feel that prompted Desert Psychlist to remark elsewhere that while listening to the song "Smoke Goddess", a dark brooding song taken to another level by Calabrese's scorching guitar work, we were reminded of a doomic early Siousxie and the Banshees (UK post-punk/goth band). "IVIPTER", a swirling atmospheric tome that finds the band blending those proto and gothic undertones with an element of stoner-doom intensity , closes out "Pentacle" and in doing so brings to an end what is a highly impressive debut from a highly impressive band. 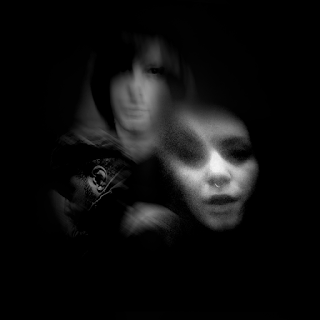 Haunting, ethereal and at the same time crushing, dark and dank "Pentacle" is a stunning release that will have all those doomers. occultists and even some of those goths drooling into their silver goblets for more.
Check it out ...
© 2019 Frazer Jones
Posted by Desert Psychlist at 02:19