Desert Psychlist has always had a leaning towards grooves that don't conform to the norm and are a little off the beaten track, imagine our delight then when we pressed play on Vermont based Willow Ash's  "A Banquet In The Grave" and discovered an  EP that takes the whole stoner/doom thing and turns it completely on its head. 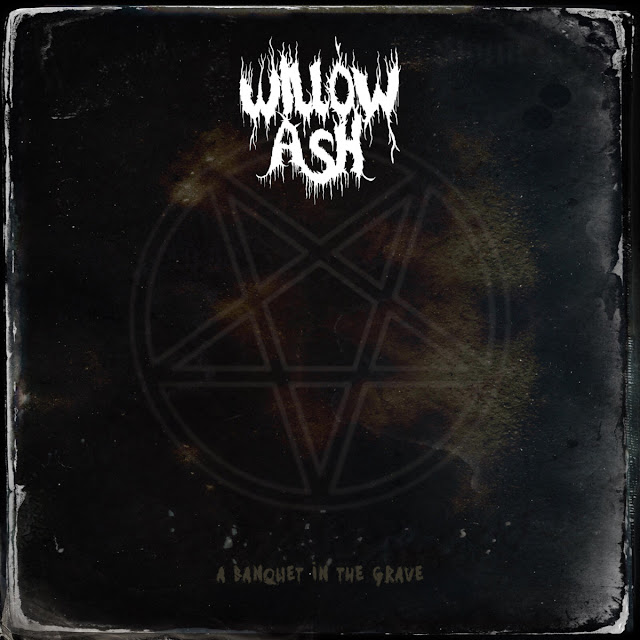 The pentagram and occult inspired font announcing the band's name, depicted on the EP's cover artwork, may suggest, to some, music of a blackened metallic nature, however Willow Ash's grooves, although containing blackish elements, slide more into the arena of stonerized doom. Now the whole stoner doom thing has its detractors but the angle with which  Willow Ash approach the sub-genre is quite unique and refreshing, the band eschewing the low, slow brutal dirges they have utilised on previous releases for a more intellectual, slightly more considered feel that finds them decorating their songs with guitar tones that lean towards the more indie/post-rock end of the spectrum and grooves that although heavy are just shy of crushing. Vocals, on the EP's three non-instrumental songs "Beyond Where The Trees Turn Black","Banquet In The Grave" and "god (Reason Above All Else" are also non-conformist and are cleverly pitched a little back in the mix and consist of a blend of clean lead and remote, almost dissonant, harmonies with the occasional slide into harshness adding an extra element of dank atmospherics to proceedings. Fourth track, "Back Patio", however muddies the waters by throwing listeners a curveball, the band jamming a jazzy lounge bar instrumental  that although at odds with all that has gone before comes as a nice but totally unexpected surprise. 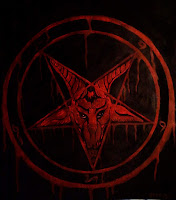 Heavy without being leaden, doomic without being overly dank, progressive without being prog "A Banquet In The Grave" is also unsettling, disturbing and in places downright weird but then that's the beauty of this little gem of an EP, it doesn't pretend to be anything other than what it is and what it is....is different and utterly brilliant.
Check it out ….