Over the years of writing little blurbs on Bandcamp pages and since starting this very site Desert Psychlist has built some strong lasting relationships, not only with fellow writers, musicians and labels but also people who, like us, are just fans of good music. You learn to trust these people's judgement and when one of those people, in this case fellow Bandcamp junkie Steve Rodger, states he has bought an album un-listened to just on the strength of a bands previous work, well you just got to check that album out. Add to this the fact that almost immediately after reading Steve's missive Desert Psychlist gets a message from a representative of the band in question sending us a promo and stating that a mutual friend, from another Texas band, has suggested that we should check said band out, well then you've got to start believing in things like fate and planets aligning.
The band we are talking about is Warlung and the album is "Immortal Portal" 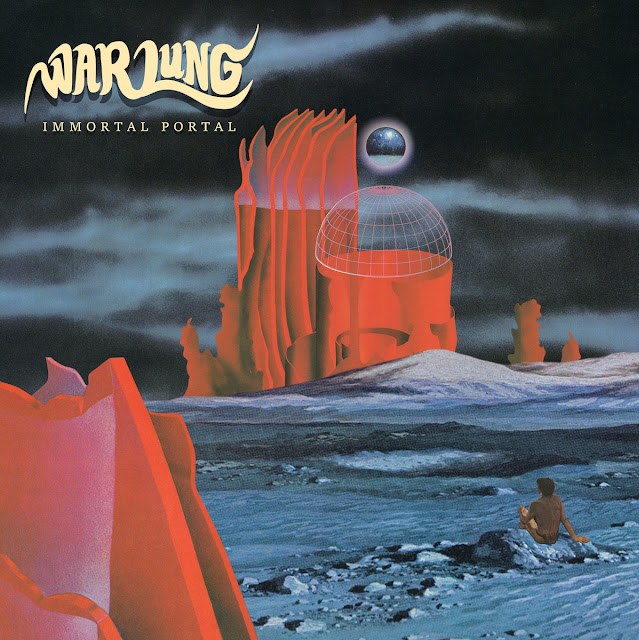 .The venerable Mr. Rodger also states that there may be just a whiff of Blue Oyster Cult about the grooves Warlung explore on "Immortal Portal" and once again I have to bow to Mr. Rodger's vast musical knowledge and nod in sage agreement. However it is just a whiff and however accomplished and talented BOC's rhythm section were back in the day they would be hard pushed to match the levels of four string growl and percussive thunder Chris and Ethan Tamez lay beneath the guitars and vocals of George Baba and Phillip Bennett. BOC, at times, teetered on a razor's blade edge between hard rock and its more radio friendly cousin AOR and there is a sense that Warlung are performing a similar function with their melodic approach to underground rock. Warlung's lighter more melodic and considered touch may prove to be a bridge too far for those with a hankering for the more abrasive extremes of rock and metal however for those of us brought up suckling on the breast of 70's classic rock Warlung's mellower take on heaviness is manna from heaven. Dual harmonies and clean lead vocals tell doomic tales and apocalyptic stories over backdrops of heavy but measured groove, and here is it is we find yet another parallel with BOC, for although there is element of lyrical darkness to songs like "Palm Reader", "Between The Dark And The Light" and "Coal Minor's" the music they are enveloped in has a contrasting brighter melodic, almost commercial rock feel, a feel that is both refreshing and somewhat warming in these times of brutal crunching riffage and growling demonic vocals 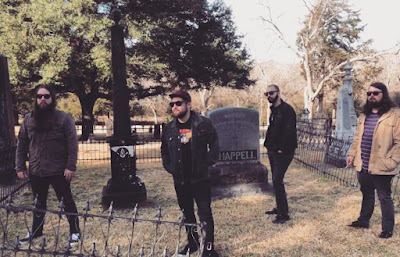 Warlung's "Immortal Portal" is an album that goes a long way in proving that dark lyrical content does not always need to be surrounded by grooves that reflect that darkness and that you can say as much with a good melody as you can with a satanic growl. After all don't they say when faced with danger you should hum a happy tune.
Go check it out ….