It seems to have been quite a while since Desert Psychlist found themselves back in the Worlds capital of stonerized fuzz and distortion, Sweden and there seems to have been somewhat of a lull in Swedish underground rock of in that time( it wasn't that long ago that every underground release of any note seemed to have its roots planted in the frost hardened soil of this little Scandinavian country) however that lull has been gloriously shattered by the arrival of "Paralyzed" (Ozium Records) a new album from Gävle five piece combo Silver Devil. 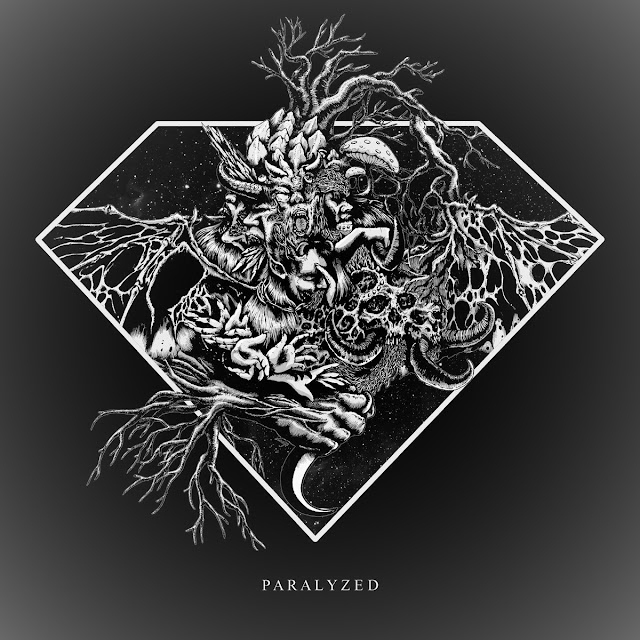 Silver Devil's "Paralyzed" takes you back to a time when cargo shorts, Black Flag tees and suitably distressed footwear were the uniform of choice, a time when beards were still stubble and the most important weapons in any bands arsenal were their fuzz pedals, We are talking  authentic "stoner rock/metal" here and although there has been a recent backlash against anything remotely associated with the term "stoner" Desert Psychlist defies even the most conservative of the "Tru-Metal" brigade not to garner some level of enjoyment from the grooves Silver Devil lay before them here.
Desert Psychlist can already hear the screams of "retro" and "old school" being readied in the throats of those who see any form of looking backwards as a sign of weakness and lack of originality, well hold those cries for a moment and lets examine what we have here. "Paralyzed" fizzes and pops with a vitality and vigour that although may have its roots planted in another era is nevertheless very much of today, in fact if it were not for the slightly faster tempo's, 90's flavoured riffs and swirling 70's style guitar solo's, on songs like "Howl", "Octopus" and "Hypersleep", you would be hard pushed not to think you were listening to some new album by a young and upcoming band hailing from Poland's burgeoning sludge/doom scene.. Thick heavily distorted riffs interspersed with scorching guitar solo's compete to be heard over backdrops of deep growling bass and thunderous, insistent percussion and are adorned with vocals that ,although slightly monotonic in nature, are the perfect fit for the sonic maelstrom of groove they decorate, the whole coming together as one big wall of unrelenting fuzziness that is totally addictive and hard to ignore. 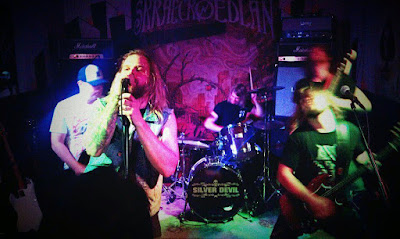 Silver Devil are not trying to re-invent the wheel with "Paralyzed", granted, but neither are they living in the past, if Silver Devil are doing anything its is they are refurbishing that wheel, adding some shiny new spokes and surrounding it in fresh thick black rubber so as to ensure that it will keep on rolling, if not forever then at least, for a few years to come.
Check it out ….