With "Greek Rock Revolution", a documentary highlighting Greece's burgeoning underground rock scene, looming on the horizon Desert Psychlist expects to see a huge peak in interest in Greek flavoured grooves. Never wanting to be late to the party we at Desert Psychlist thought we'd get the ball rolling by pointing you in the direction of Dr. Awkward & The Screws, a heavy blues quartet from Athens who have just released their first full length album "Gettin' Out Of Style" 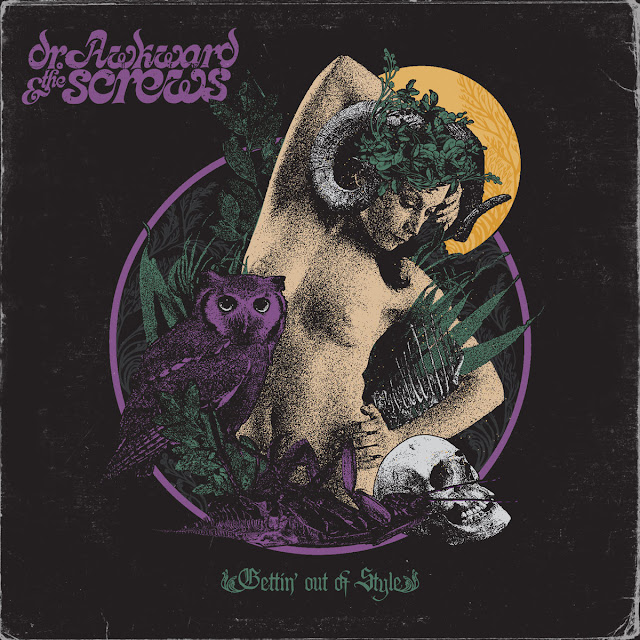 Dr. Awkward & The Screws may not have made the cut for "Greek Rock Revolution"( the documentary features Naxatras, Planet of Zeus, Puta Volcano, 1000 Mods, Nightstalker, Villagers of Ioannina City and Tuber)  but on the evidence of "Gettin' Out Of Style" they more than deserve to have been included.
Dr. Awkward & The Screws are primarily a blues based combo with stoner(ish) tendencies, a combo with chops to spare and one that among its talented musicians possess a vocalist of distinctive quality and tone. First track "Take Me Down" explodes from the speakers with Pylarinos (Kostas)Kwnstadinos and John Amariotakis chopping out an enticing blend of clean and crunching guitar tones underpinned by solid tight percussion courtesy of drummer Thoukydidis Karpodinis.  Vocalist Grigoris (Greg) Konstantaras delivers, over this raucous wave of stuttering bluesy hard rock, a vocal that sits somewhere between Dave Sherman (Earthride) and Don Van Vliet (aka Captain Beefheart) as well as supplying some very tasty bottom end via his earthy bass tones. This is the way it rolls for the duration of "Gettin' Out Of Style", the good Dr and his cohorts laying down thick fuzz drenched delta influenced blues grooves enhanced by an unconventional but highly enjoyable left of field approach, an approach that pays huge dividends throughout. 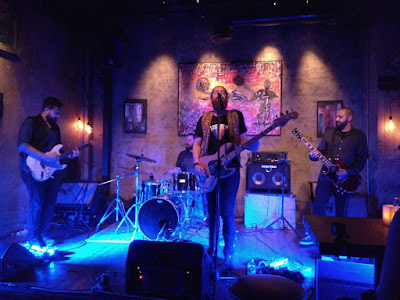 Instead of trying to round this review up with one of our usual why you should buy this outros we thought we'd just quote one of the blues genre's greatest songwriters/performers Mr Willie Dixon, "The blues are the roots and the other music's are the fruits. It's better keeping the roots alive, because it means better fruits from now on". Don't worry Mr Dixon Dr Awkward & The Screws are still keeping those fruits alive, a little darker and fuzzier around the edges, but still alive!
Check 'em out …..