Back in 2013 an album called "Ordos", by a Swedish band of the same name, landed on Desert Psychlist's desk, a highly enjoyable collection of blackened doom and heavy stoner metal songs that although still a little raw and naïve in places promised much for the future. That promise came to fruition with the bands next release "House of the Dead", a truly remarkable album that took everyone by surprise and culminated in Desert Psychlist voting it our best album of 2017.
This year Ordos return with "The End" (Moving Air Music) and although the band has seen a few minor line up changes since "House of the Dead" the bands dank doomic drive and edgy blackened attack still remains intact and undiminished. 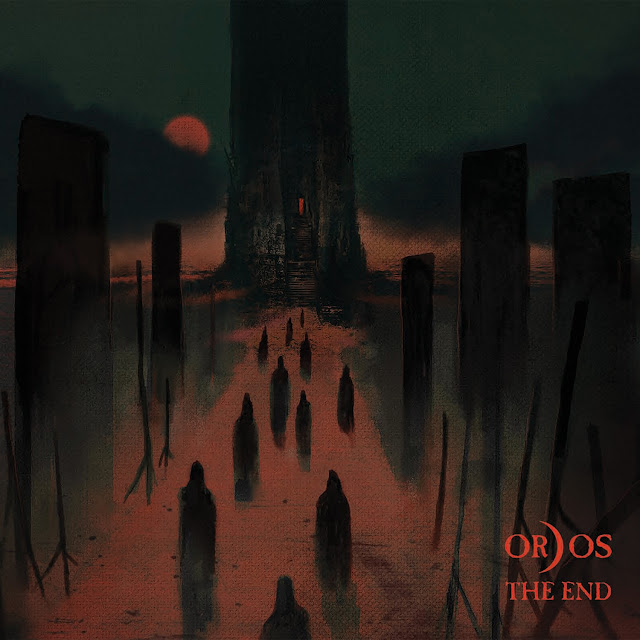 Ordos sound like no other underground band out there at the moment, ok there maybe some bands who can match their intensity and drive but when it comes to writing and arranging songs that can harness that intensity and drive into something that is not just a heavy noise then Ordos are the Grand Meisters. Ordos are without doubt "heavy" but that heaviness is tempered by something the old jazzers used to call "swing" and an almost (but not quite) operatic approach to their vocals, take for example the song "The Hunter of Hades" yes it has brutal groove, yes its vocal is full on and just light of demonic in places but then when you listen to the mix of neo-classical and bluesy guitar motifs that tear through the deep growling bass and complex but strident percussion you begin to realise that there is far more to this band than what first hits the ears. This is what makes Ordos such a great, and for that matter important band, these guys throw into their doomic grooves everything from swaggering bluesy bluster through to extreme grinding black metal but they do not do so haphazardly, the band seem to instinctively know exactly where best to throw in those elements so as to maximise their impact and enhance their overall dynamic . From first track "Exordium" to final track "Omega" expect everything from being brutally bludgeoned to being gently caressed, the band shifting through and between these extremes of dynamic with an unbelievable level of musical skill and vocal prowess that, at all times, is truly breath-taking! 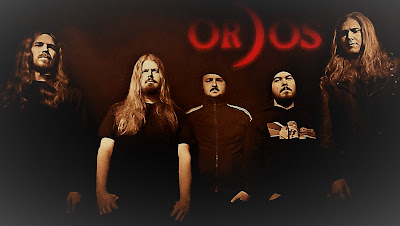 The levels of sonic intensity and musical depth Ordos achieved with "House of the Dead" raised the bar for heavy doomic underground rock, with "The End" Ordos have not only maintained those levels but they may have actually pushed that bar up another notch.
Check it out ….