WHITE LIGHT CEMETERY ~ CAREFUL WHAT YOU WISH FOR .... review

White Light Cemetery are, in their own words, "a heavy assed blues rock band" from Lafayette, Lousiana influenced by artists ranging from Motorhead through to Hank Williams III. The band,

Shea Bearden (vocals/guitar), Thomas Colley (drums),  Tara Miller (bass) and Ryan Robin "Cletus" (guitar), have since their 2008 formation built up a formidable reputation  as a live band as well as releasing one EP "Crow Sessions" and one album "White Light Cemetery".  The band have recently signed with Todd Severin's Ripple Music.and are about to release their second full length album "Careful What You Wish For". 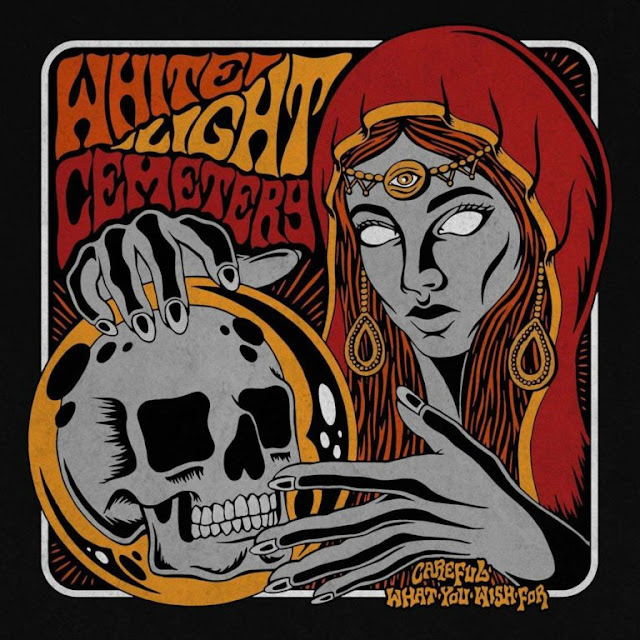 "Careful What You Wish For" is an album of fuzzed out metallic southern groove driven by powerhouse drumming and big gnarly bass lines. Over these tumultuous waves of rhythmic groove guitars  deliver crunching riffage and searing lead work into which powerful slightly drawled, slightly throaty clean vocals are delivered.
With every track on "Careful What You Wish For" deserving of commendation it seems churlish to pick out highlights but if a gun was held to Desert Psychlist's head then the Bad Company-esque " On A Dime" and the hard rocking "Waiting" would be top of the list. 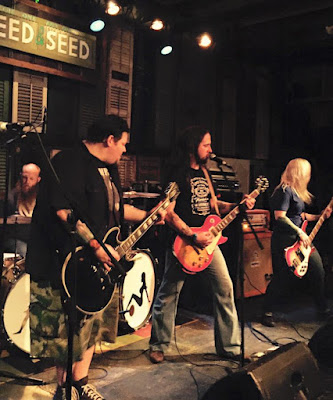 The underground rock scene has long been populated by bands employing a southern rock edge to their fuzzed out and distorted grooves, Down, Crowbar and Corrosion of Conformity to name but three, however not many have managed to also shoehorn into those grooves the elements of classic rock and blues that first popularised the southern rock genre and made Lynyrd Skynyrd and the Allman Brothers Band household names, except maybe NYC's Raging Slab and now White Light Cemetery.
Check 'em out.....

Posted by Desert Psychlist at 14:33