Thessaloniki, Greece, a city named in honour of Alexander the Great's half-sister, is also the home of hard rock stoners Red Hands in Black Sand, a band whose line up, at the time of writing, is somewhat of a mystery but whose fuzz drenched, groove heavy self-titled EP is sure to blow their cover. 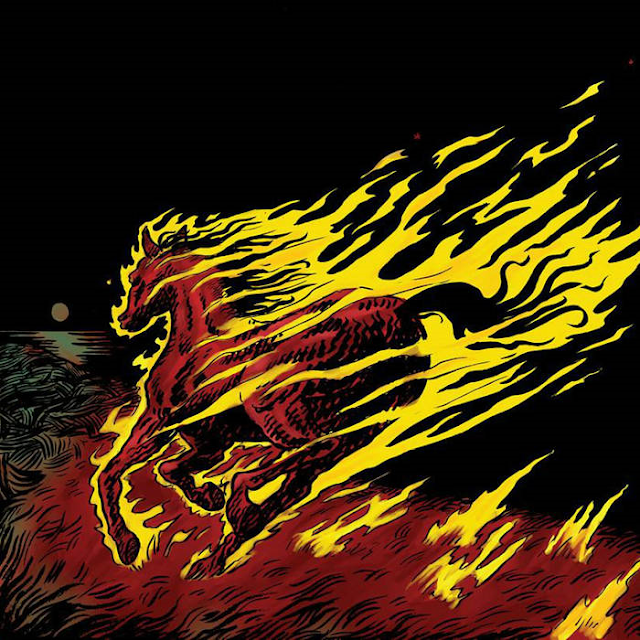 As soon as the first bars of opening track "Roll" come thundering out of the speakers it becomes fairly obvious that RHiBS are not the sort of band who are going to have hordes of fans holding lighters aloft and swaying along to their latest power ballad, ..no these guys are more likely to induce vigorous head nodding and heavy moshing due to the power and fury of their fuzz drenched hard rocking grooves. Crunching chainsaw riffage combined with thunderous bass, pounding drums and strong raw edged vocal ensure that songs like the aforementioned "Roll", "Closer", "Diamonds on the River" and  the superb sludge-lite "Underwater Lightning" remain ringing, sustain -like around, the listeners head long after the last note has faded.
Check 'em out .....

Posted by Desert Psychlist at 05:09