First a history lesson....
Back in the 70's Chile's notorious dictator General Augusto Pinochet imposed a ban on all forms of rock music pushing what was already a rather subterranean culture even further underground. Thankfully things took a turn for the better (musically at least) after the deposal of Pinochet and his military dictatorship allowing Chilean musicians and in particular Chilean rock to once again flourish.
Today Chile boasts a broad spectrum of rock ranging from the extreme to the experimental and covering everything in-between. Whether this sponge like absorption of styles and genres is a direct result of the restrictions of the past is something you would have to ask Chile's musicians about but one thing is certain the country's rock scene is thriving under these new freedoms. 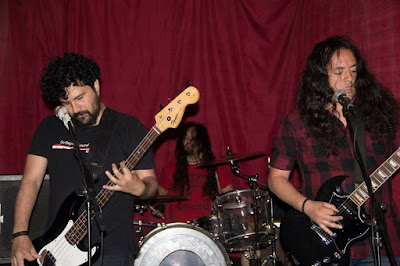 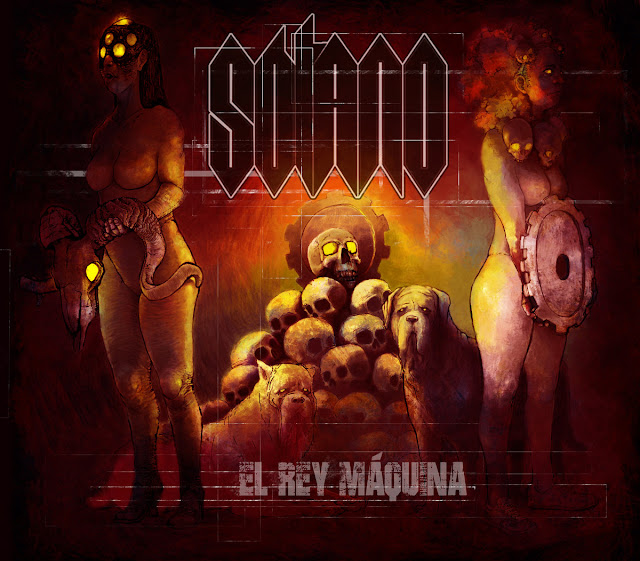 Some albums are described as "growers" needing repeated plays before listeners begin to appreciate their subtle nuances and  musical shades,"El Rey Máquina" is not one of those albums, instead of sneaking stealthily into your psyche this album slaps you hard and demands your attention from the vey start. All lyrics on "El Rey Máquina" are sung in the bands native Spanish tongue but this in no way detracts from the enjoyment non-Spanish speaking listeners will derive from hearing this album as the sheer power and tone of the vocals carry the songs and sit perfectly within the molten hot grooves laid around them Songs like "Perro", "Piedra Negra" and the excellent closer "Solo a Golpes" are all driven by tumultuous percussion, booming bass lines and coated in varying degrees of  fuzzed and distorted guitar colouring creating delicious stoner metal grooves that are old school  heavy but never brutal.
If Pinochet was alive today he would certainly not have approved of Sôtano and most certainly would not have been found headbanging along to "El Rey Müquina". oh well his loss is our gain!
Check it out .......

Posted by Desert Psychlist at 19:06