DSW hail from Leece, Italy, a four piece band consisting of Stefano "Wolf" Lombardi (vocals), Marco Papadia (guitar), Stefano Butelli  (bass) and Marco Mari (drums). DSW formed back in 2010 and in 2011 released their debut EP "Dawn Storm Watchers", the EP was warmly received by the stoner/rock underground but soon after  the EP's release the bands original singer Mattia Marchello left to be replaced by Stefano "Wolf" Lombardi. With a new singer in place the band soon recorded and released their first full length album "Dust Storm Warning" causing the trickle of recognition and admiration the band garnered with their first EP to suddenly turn into a virtual wave. Since the release of "Dust Storm Warning" the band have been honing their chops on Europe's live circuit, gaining new friends and fans with their delicious brand of heavy and psych drenched rock'n'roll, as well as writing and recording new material for their forthcoming and long awaited second album "Tales From The Cosmonaut" (Acid Cosmonaut Records) due for release January 2017. 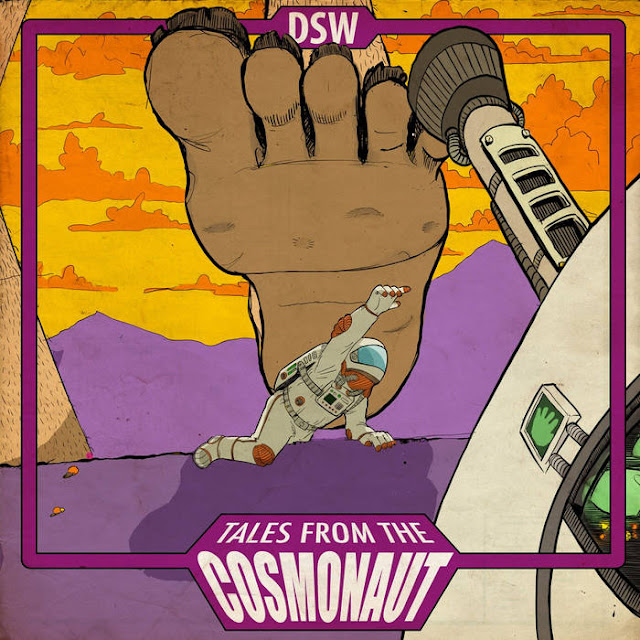 From the spacey desert refrains of opener "Vermillion Witch" ,with its spacey hard rock groove, to the Kyuss-like closer "Acid Cosmonaut" the listener is treated to a virtual smorgasbord of assorted grooves that range from  jazzy fusion blended with heavy riffage ("The Well"), through torch -like heavy blues ("Mother In Black") to heavy and complex rhythmic stoner ("Crash Site"), all drenched in layers of warmly fuzzed guitar, massive bass and pounding percussion and all overlaid by strong powerful vocals. Lombardi's gritty clean tones dominate every track on "Tales from The Cosmonaut" having an almost "classic rock" quality to them, his throaty bluesy roars soaring over and around Papadia's  crunching, fuzz drenched riffs and scorching solo's. Beneath this tour de force of vocal excellence and fretboard wizardry Butelli's thrumming bass and Mari's thundering drums keep everything solid and tight, the pair laying down thick layers of delicious rhythmic groove for the singer and guitarist to strut their respective stuff over, the heartbeat of both the band and the album.
DSW with "Tales From The Cosmonaut" have made and album that not only delivers on the promise shown on previous releases but exceeds that promise.
Check it out .....

Posted by Desert Psychlist at 11:25