VAL TVOAR ~ IN LIGHT YOU BELIEVE..BUT IN DARKNESS YOU DWELL ...... review

Val Tvoar is a man who knows that if you want something done and done well ..then the best thing is to do it yourself. The Soul Thrower guitarist not only plays every instrument on his solo album  "In Light You Believe..But In Darkness You Dwell" (Heliad Records) he produces and engineers it too. 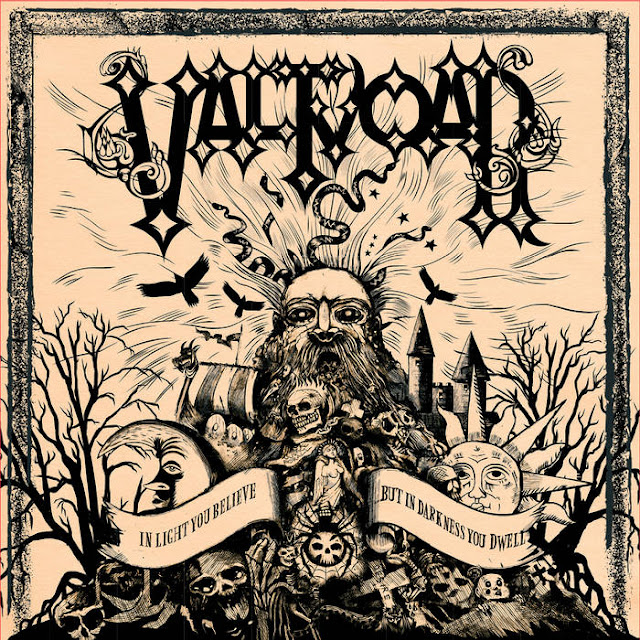 From the instrumental opener "Mental Of Instu" through to the melodic and catchy final track "Home City", "In Light You Believe..But In Darkness You Dwell" is an album that does not pretend to be anything other than good old heads down, four to the floor  hard rock. So what does Tvoar bring to the table that makes this stand out from the herds of others ploughing similar furrows? Well for a start the man plays every damn instrument himself, not in a passable, that'll do manner but in wow he really nails those drums , bass, guitar etc. fashion. Those familiar with Tvoar's band Soul Thrower will already know of the man's virtuosity on six strings and his playing here is no exception, whether grooving on a riff or ripping out a scorching solo he delivers all with skill, tone and a truckload of good old fashioned feel and he brings that same level of skill and dexterity to each and every instrument he plays on the album, he also not a bad vocalist either.
All fourteen songs that make up the album are kept just under the four minute mark, ensuring that no song outstays its welcome or falls into the realms of overindulgence. Songs like "The Wizard Of Goodbad", "Three Shovels Of Dirt" and "Into The Unknown" are short, sharp and punchy with a hint of radio friendly commerciality that is refreshing and easy on the ear but not in a Nickleback, rock by numbers, way.
Val Tvoar has with "In Light You Believe..But In Darkness You Dwell" delivered an album of well written and superbly performed rock tunes that sit comfortably on the fence between the radio friendly mainstream and the fuzz drenched riffage of the underground without committing to either.
Check it out....

Posted by Desert Psychlist at 16:11