Demo recordings were, back in the day, a means by which a band could get their music out to the big record companies and influential radio stations, hoping that what they had put down on tape would maybe get them noticed and procure them a record deal, the demo was something that would very rarely land in those grubby hands of the general public. These days, with the big record companies not being the power they once were, bands have had to find other ways to get their grooves "out there" and so the humble demo is more and more finding itself  given away at gigs or being posted on sites like Bandcamp and Reverbnation giving us all the chance to hear them.


"A Reptiles Rising" is a three track demo from a German four piece hailing from Tostedt comprising of Anni (vocals), Oelki (drums), Mischa (bass) and Christian (guitar), a band collectively going by the name Stoned Lizard. 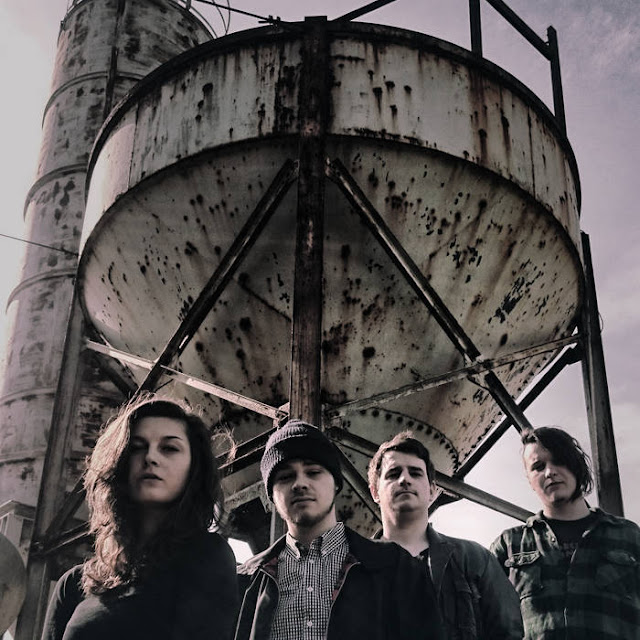 So what do Stoned Lizard bring to the table with "A Reptile Rising (Demo 2016)" that might have you drooling in anticipation for a full release?
Title track "A Reptile Rising" starts off all moody and eastern before erupting into a down tuned, bass heavy and doom laden riff accompanied by simple but effective percussion. The song goes through a number of subtle time changes interspersed with "Moorish" guitar motifs that act like musical grappling hooks pulling you further into the songs massive and addictive groove. An instrumental is an odd choice for a vocally led group to open their account with but one that gives a good indication of the levels of instrumental skill and musical ability the band have in their locker..
"Running Slow" begins with jazzy cymbal work and a walking bass line that is then joined by a heavy distorted guitar riff increasing both the volume and the atmosphere. Things settle back into a jazzy doom groove when the vocals come in and what a treat for the ears those vocals are. Front woman Anni's vocals are clean, strong and distinctive, her smokey  slightly cracked tones not dissimilar to UK trip-hoppers Portishead's Beth Gibbon, albeit with a darker, doomier edge, she not so much soars over the heavy stoner doom backdrops beneath her as hovers menacingly above them.
"Illuminated" closes the demo, a moody piece built around recurring eastern guitar motifs and ringing arpeggios underpinned by intricate percussion and  huge rumbling bass, the perfect vehicle for the dark velvet vocal tones poured over them by the lead singer. 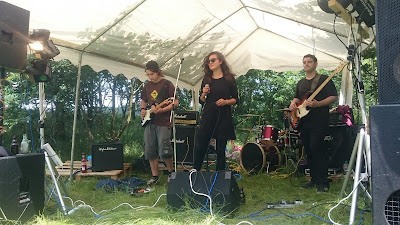 This is a demo so it's very likely that the songs showcased on "A Reptile Rising (Demo 2016)" will undergo some levels of re-imagining and re-arrangement before the band settle on definitive versions but even so there is no denying the quality oozing out of these initial recordings. Stoned Lizard are a band who, if all things align and there's any justice in this world, are one that's going to have a bright and promising future,
Check 'em out.....

Posted by Desert Psychlist at 05:21