Split albums can be awkward affairs especially if the artists concerned are musically poles apart, Desert Psychlist has witnessed splits where trippy psych has been paired with brutal death metal and while this is all well and good for getting the artists music "out there" it is not necessarily so good for the buyer/listener who may not want his/her lysergic journeys paired with raucous riffage or vice-versa. Luckily Grimoire Records release "Vortex 6" does not suffer from this problem coming as it does from two bands, more or less, reading from the same page. 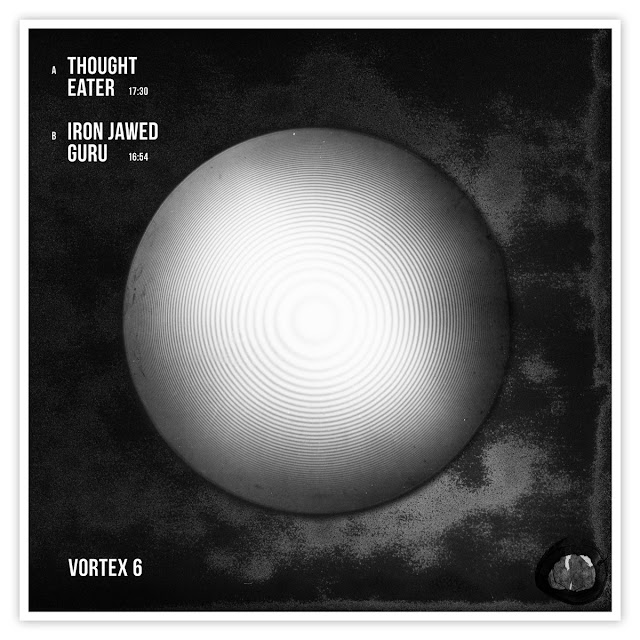 Thought Eater take up place of residence on the first half of "Vortex 6", the combined force of Douglas Griffith (guitar), Darin Tambascio (12 string bass, 12 string guitar on "Gift of Death") and Bobby Murray (drums) creating grooves of down tuned instrumental heaviness as if born to it. The trio inject into their grooves elements of metallic prog-like imtensity and structure but rein back from the overindulgences that ,can sometimes mar that particular genre by keeping things short and to the point, only once going over the four and a half minute mark with the excellent played, and named, "Crushing Metaphysical Crisis". The band also show they have more than one gear with the beautiful "Gift Of Death" a gentle walk through the clouds performed on acoustic guitars. 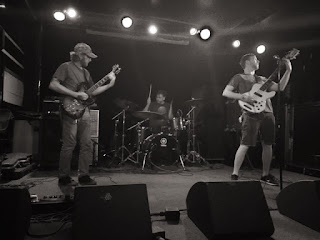 Iron Jawed Guru, Mike Lorenzen (guitar, octave pedal), Roy Douglas Brewer (drums) attack their instrumental grooves from a slightly different angle from Thought Eater, coming in from a far more stoner, but no less complex, direction. The lack of a bass player does not seem to effect the levels of intensity and depth these two musicians conjure up between them, filling songs like "Emerald Seer" and "Widow of the Web" with startlingly angular arrangements that sees Lorenzen shredding his guitar like a madman over Brewer's incredibly complex percussive patterns. 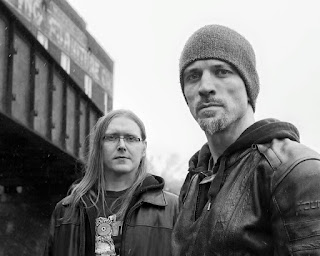 Heavy, intense and breathtaking, "Vortex 6" goes a long way to showing that instrumental rock music does not have to be overlong jams that can go on forever it can also be short, sharp, exciting.. and in your face.
Check it out....

Posted by Desert Psychlist at 09:26