Social media can be many things hurtful, controversial even threatening but it can also be damn useful too. Roberto Fuentes, contributing editor at La Habitaciòn 235 and admin at Stoner Rock Manifiesto recently contacted me via Facebook's messenger service to tell me about a band he was friendly with and thought Desert Psychlist might dig. The band Roberto was referring to are a three piece band from Santiago, Chile going by the name dejalosangrar and who recently released their second EP "Vol.2.. Habach/Polanco/Robles" 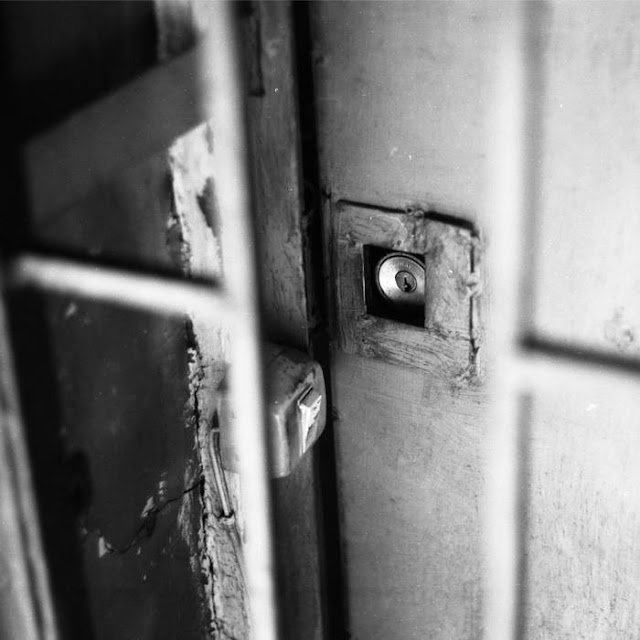 Eclectic is a word often banded about in the music world, usually when referring to bands who don't play by the rules, bands who criss-cross across genres picking up something from here something from there, bands hard to pin down. Jorge Habach (drums), Herman Polanco (guitar) and Rodrigo Robles (bass) play "eclectic" instrumental rock that although finds them floating in the riff heavy waters of the stoner rock scene are also a band unafraid to occasionally steer their ship into uncharted deeper seas.
"#22" begins our journey with Habach's crashing cymbals counting in a deep rumbling refrain dominated by Robles heavily distorted bass, his titanic tones akin to a Boeing 747 testing its engines next to your head. Polanco then enters, his guitar pitched lower in the mix, supporting Robles bass rather than trying to outshine it, colouring the groove with deft brushstrokes of  six string magic. The band together take the groove through a series of shifting dynamics and moods that at times roams into Colour Haze territory only a lot heavier.
"#23" is next and takes the listener on a rollercoaster ride through a series of differing soundscapes, one minute laying down a barrage of earthy, guitar and bass heavy groove, pushed by tumultuous drumming, the next delicately meandering through psychedelic skies on a carpet of shimmering guitar arpeggios, liquid low end and tinkling percussion.
Final piece(s), "#28/#27" , sees dejalosangrar drafting in two friends to help out on what is essentially two different songs seamlessly stitched together. The addition of Ayelén Berríos (piano) and Inti Berrios (saxophone) sees the band filling out there groove with  fusion type jazzy undertones that at times stray into the arena of the freer side of that genre but are reined back by Habach, Polanco and Robles commitment to the groove, steering their ship where they want it to go, not where it wants to take them.
Only three tracks but each one has the ability to soothe, brutalise and confuse, sometimes separately, sometimes all at the same time
Check 'em out .....

Posted by Desert Psychlist at 06:45