Step aboard Desert Psychlist's time machine and let us take you back to an age when women were often referred to as "chicks" and men were either a "dude" or a "brother". Yes we are taking you back to the seventies, that era of wide bottomed trousers and other questionable attire and the decade when rock music got serious. What, you may ask, will be fueling this trip back in time and the answer to that is grooves, those grooves are supplied by a quintet, hailing from the Balearic island of Majorca, Spain going by the name of Queen Marsa. Queen Marsa are Manuel Pintos (vocals).; Xavi Cárceles (guitar), Jaume Rado (guitar);Toni Coronado (bass) and Juan Bonet (drums), five musicians with a love of 70's hard rock who have just recently release their debut EP "Queen Marsa" (Discos Macarras Records) 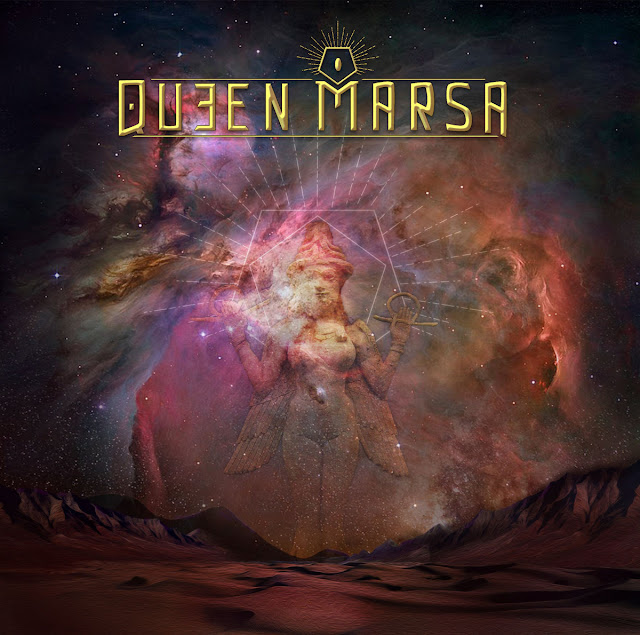 If you are a Brit of certain age you will remember walking around cities and towns in the early 70's and seeing fly posters advertising gigs by bands with names like Rusty Butler, Strider, Warhorse and Stray as well as many that have now achieved cult status with fans of today's stoner, doom and psych scene like Budgie, Wild Turkey and May Blitz. If you were around at that time and do remember these bands or have fallen in love with their grooves after being introduced to their music by an older family member then Majorca's Queen Marsa are going to blow your mind! Many new bands toy with recreating a 70's sound but very few successfully nail the era's vibe, this is not the case with Queen Marsa. Queen Marsa capture the feel and groove of the golden age of rock music, on songs like "Cyclops", "Ashes of Pompey" and "Bite My Soul", with such legitimacy and validity that it is often easy to forget you are listening to a band who were probably not even born when those bands mentioned earlier were in their prime. This stunning EP screams vintage rather than retro, its warmly fuzzed guitar tones possess no hints of overdriven harshness, it's lead breaks soar and scorch rather than scream, its bass lines are delivered deep and creamy and its percussion swings rather than pummels, in other words this is "classic" hard rock with a capital C. So what of the vocals you ask, often the clincher when listening to grooves of a more "classic" nature, well the vocals surpass all expectations and are the cherry on what is already a particularly tasty cake. Pintos voice is like a cross between Budgie's Burke Shelley and Wild Turkey's Gary Pickford-Hopkins, with a little Bon Scott, thrown in for good measure, his vocals contain just the right balance of gritty bluesiness and soulful power to do justice to the classic flavored grooves circling around them and take everything they touch to an altogether other level of awesomeness. 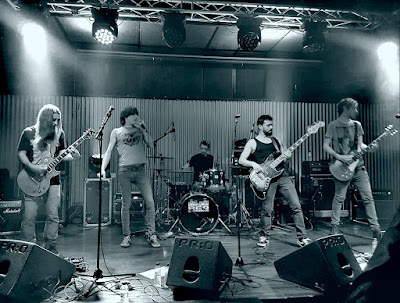 There are plenty of bands out there jamming grooves inspired by music from the 70's but there are only a very few who truly understand and have a feel for that music, Queen Marsa have that feel and that understanding plus an unshakable belief that there is still a place for good honest rock in today's overcrowded genre pool... and after one listen to "Queen Marsa" we think you'll be agreeing with them.
Check it out ....