Britain's shoreline defences have been breached many times over the years, first it was the Romans, then the Saxons and then the most scary of them all the Danes. Thankfully those days of marauding men brandishing steel and iron are no more and things are relatively more civilized between nations, however there are still some Danes eager to invade this sceptic isle. Those Danes come this time not with steel and iron but with riffs and grooves and they travel under the collective flag of Bogwife and the ship they ride is called "Halls of Rebirth". and this time these dynamic Danes are not just focusing on British soil they want to conquer the World! 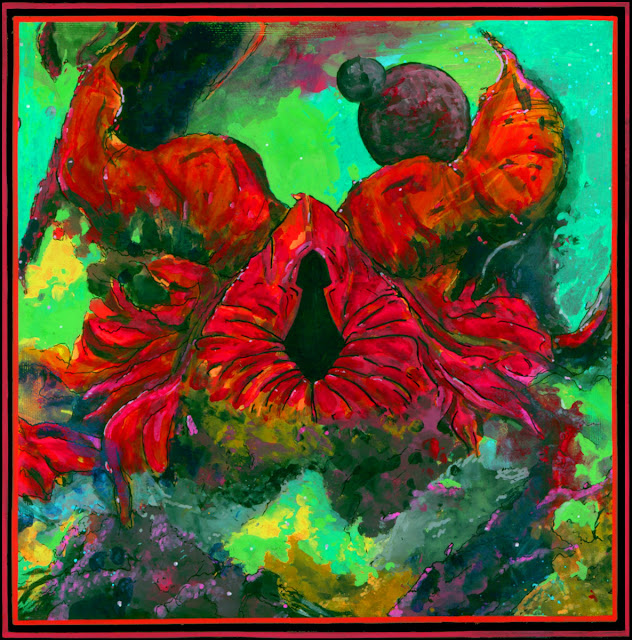 "Halls of Rebirth" is a heavy, thundering opus but not one so heavy that it teeters on the brutal, there are elements of light and shade to be found throughout the albums five songs despite the amount of down tuned guitars and pummeling percussion on display.  The majority of the albums vocals are clean and powerful, if sometimes grizzled, and the albums guitar solos soar, swoop and scream with a clarity usually reserved for classic/hard rock albums. This classic /hard rock analogy is one to take note of as Bogwife's modus operandi is to deliver grooves that are heavy enough to please those with an ear for stoner doom's more slower. lower dynamics but also those who like their grooves a little bit more on the polished side, the band combining these two radically differing dynamics in such a way that it is almost impossible to see the joins. Songs like "Voidcruiser", "Seer" and "Abyss" groan and creak under the weight of their thunderous drum patterns and growling bass lines but are cleverly counterbalanced by an almost 70's proto-metal feel courtesy of their superb vocals and swirling lead work, the band creating a groove that takes the best of two distinctive styles of rock and blends them into a sound that might not exactly be new but is most definitely exciting. 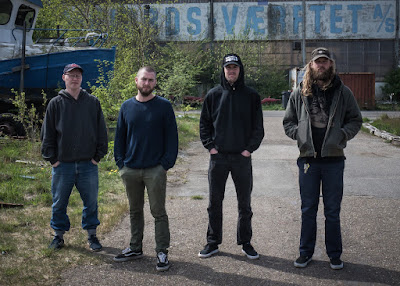 The Danes are back but there is no need to go running for the hills this time around, instead embrace them, invite them into your hearts and revel in the gifts Bogwife bring with "Halls of Rebirth"
Check it out ....
© 2020 Frazer Jones
Posted by Desert Psychlist at 12:22