Hailing from Ventura, California TUNG is the coming together of members from two Californian bands, The Fucking Wrath and Chili Child, and consists of Craig Kasamis (guitar/vocals); David Briceno (guitar); Nick Minasian (bass) and Rob Dean (drums). The band have just recently released their debut album "Bleak", an enthralling blend of doom and sludge/stoner metal cleverly weaved together with strands of "old school" heavy metal and classic hard rock. 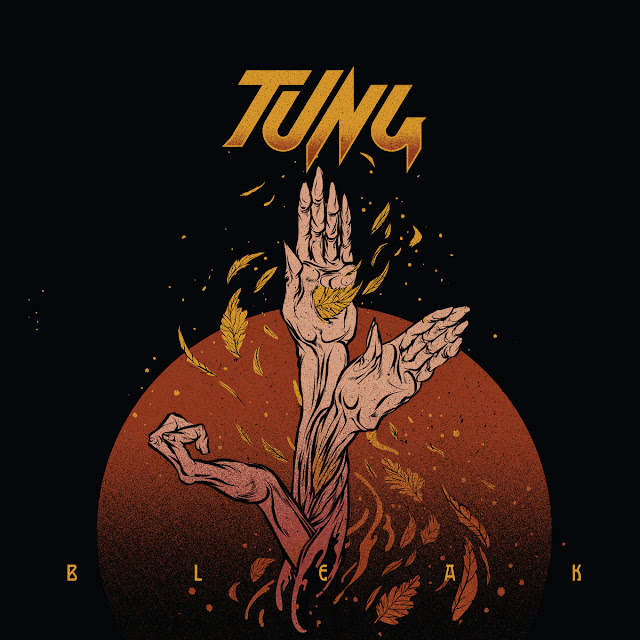 One of the first things you may notice, while perusing the track listing for TUNG's debut opus, is the brevity of the eight songs on offer, there are no eleven minute epics painting meandering musical vista's to be found here just a series of short, sharp sonic snapshots that hit hard and then move on. That is not to say that TUNG's songs are bereft of substance, the listener will find much to marvel on listening to songs like "Succession Hand", "Runaway" and "Split", it's just that TUNG pack more into four minutes plus than some band do in a whole side of an album. We spoke earlier of TUNG weaving elements of classic rock and metal into their sludge drenched doomic tomes and it is those elements that, for Desert Psychlist, set TUNG apart from the following herd. Take for example the excellent "Grit", a song that could be described, in some quarters, as a "sludge ballad" , it's mid paced groove has a southern undercurrent that is complimented by reverberating guitar motif's and raw but heartfelt vocals. Or alternatively you could take "Lost", yes you get the requisite sludge swamped riffs, earth rumbling rhythms and throaty vocal bellows but you also get eastern tinted rolling refrains, blues flecked guitar licks and solo's plus a vocal melody that sticks in your head and refuses to be forgotten. The truth is that wherever you look (or listen) on "Bleak" you will find grooves that don't quite conform to the usual sludge or doom blueprints, we might have come to expect from music of this nature, and are instead speckled and strewn with little nods to other rock music styles and approaches from right across the whole rock spectrum. 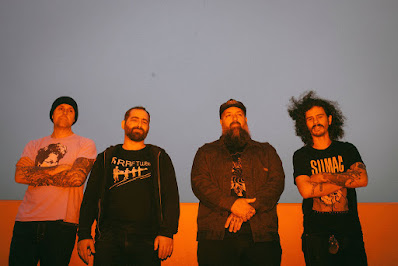 "Bleak" is a loud album, a raw album, an intense album but it also one with unexpected touches of lightness and finesse, an album that mixes growl and grit with melody and harmony without sounding like some sort of mad hybrid or misjudged crossover attempt.
Check it out ....