SOUND OF ORIGIN ~ THE ALL SEEING EYE ....review

Huddersfield, West Yorkshire doesn't quite have the same ring to it as say Sky Valley, California but the northern town, which was once a central component in Britain's Industrial Revolution, is the home to one of the UK's, growing roster, of must hear underground rock bands, the perfectly named Sound of Origin.
Sound of Origin, Joel Bulsara (vocals), Joe 'Zeph' Wilczynski (guitar), Jax Townend (bass) and Chris 'Foz' Foster (drums), have not had the easiest of rides since the release of their debut EP " Seeds of the Past", first they parted company with their original vocalist John Bussey and had to go through the rigmarole of advertising for, auditioning and breaking in a new vocalist and then, when everything seemed to be coming together, things had to be put on hold when drummer Chris "Foz" Foster was involved in a serious car crash. Thankfully "Foz" escaped with minor (but painful) injuries and new vocalist Joel Bulsara proved to be the perfect fit for Sound of Origin's particular brand of riff heavy grooves, grooves that can now be heard on the bands debut full album "The All Seeing Eye" (APF Records) 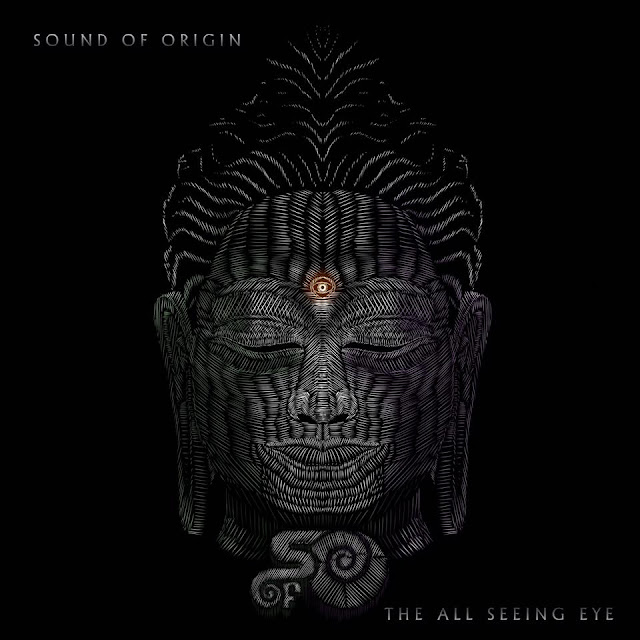 The departure of an original member and the subsequent introduction of a new member to an established line up is inevitably going to have some effect on a bands dynamic, these comings and goings can sometimes have a detrimental effect but on the whole they tend to  reinvigorate a band, refreshing not only their sound but also their whole approach to music. This is the case with Huddersfields's Sound of Origin, the bands debut EP " Seeds of the Past" was very much a release pitched towards the desert/stoner end of the underground rock spectrum however with "The All Seeing Eye" the band have added a darker, harder edge to their sound, new man  Bulsara's more extensive vocal range giving the band a more sludgier, hardcore dynamic. Those huge walls of fuzzed out bass and guitar riffs, that were a major factor on "Seeds of the Past", are still in place but on "The All Seeing Eye" Wilczynski and Townend execute them with a little more crunch and growl which when combined with Foster's solid and industrious percussion gives everything a darker, danker and at times doomier vibe. It is, however, in the vocal department that fans will notice the biggest differences, Bulsara cannot only croon, wail and howl like a rock god of old he can also scream, screech and growl like a man in the throws of demonic possession, his blend of clean and harsh tones bringing a venomous edge to songs like "Dim Carcosa", "Morning Bird" and "Stoned Messiah Blues" that was a little lacking on the band previous outing, an edge that may alienate some fans of the old line up but will no doubt delight many, many more. 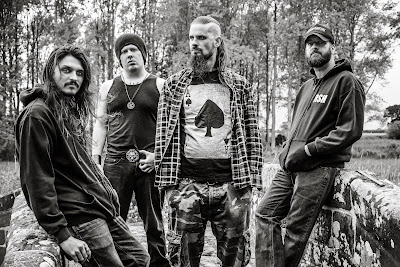 It's been a long an arduous journey for Sound of Origin to reach this point in their career but one well worth it if "The All Seeing Eye" is the marker they wish to be judged by. Heavy without being overtly brutal and drenched in enough fuzz to drown a small whale "The All Seeing Eye" is proof that no matter the pitfalls that may befall you on your journey if you work hard and believe in what you do you will triumph in the end.
Check it out ….