A "Mephistophelean trio from Athens, Greece" is how occult rock/doom trio Seer of the Void describe themselves and its not hard to understand why after hearing their debut release "Revenant" (Made Of Stone Recordings), The bands music, an enthralling blend of raucous guitar refrains and thundering rhythms, sits at the proto end of the doom spectrum but due to its vocals, which are positioned at the cleaner end of harsh, has a pleasing blackened edge perfectly suited to its dark occulti(sh) themes. 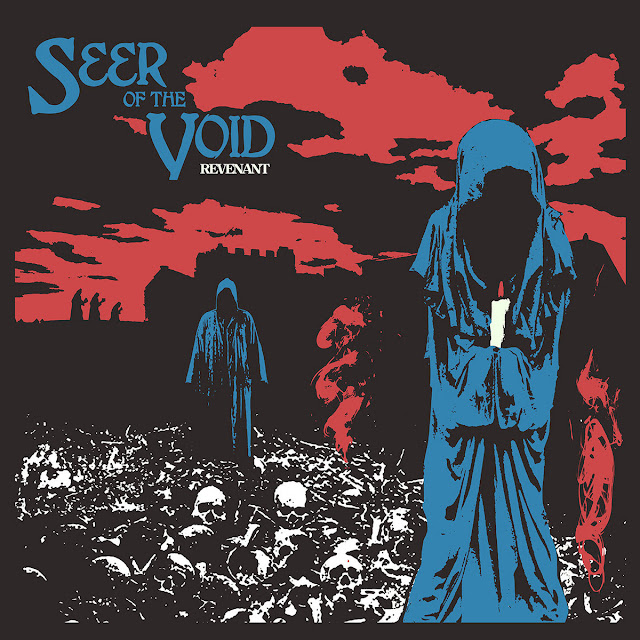 Things begin very promising indeed with first track "Prodigal Son", John Amariotakis' guitar and Greg "Maddog" Konstantaras' bass combining with Ilias Samartzis' drums to create a thunderous traditional doom groove over which Konstantaras roars lyrics telling us he's "the great deceiver", "the prodigal son" in tones grizzled and maniacal, the trio dropping into a Sabbath-esque flavoured gallop between verses to add balance and variety. "Venom Black" follows and finds the band putting the brakes on and delivering a groove that although not quite low and slow, in a Sleep/ Monolord sense, is definitely in that territory, the song also boasts an absolutely stunning neo-classical flavored solo from  Amariotakis that is as haunting as it is beautiful. Next up is "Sign of the Wolf" and here we find the band mixing up their traditional with their proto, the trio switching between these two dynamics with consummate ease thanks in main to Samartzis' incredible skill behind the traps. "Dullahan" rears its gnarly head next and sees the band jamming a groove that stutters and stammers beneath a superbly feral vocal from  Konstantaras, as well as some not too shoddy growling bass work, his slightly demonic rasps and roars adding a hellish edge to the proceeding yet, thanks to their clarity, avoid sounding forced or, as can sometimes be the case in vocals of this nature, coming over as slightly farcical.."Lysergus Mons" might suggest something psychedelic but actually what you get is a mix of galloping Sabbath-like swing and Electric Wizard type intensity twinned with powerful gnarled vocals and swirling blues flecked guitar solos. "Evil Orchid" and its follow up "Hellhound" are two deliriously devilish heavy tomes that should tick the boxes of any doom aficionado with a love of a dank, dark riff while closing track "Conform and Strive" confirms in its lyrics that "god hates us all" and shows in its music that Satan has all the best tunes. 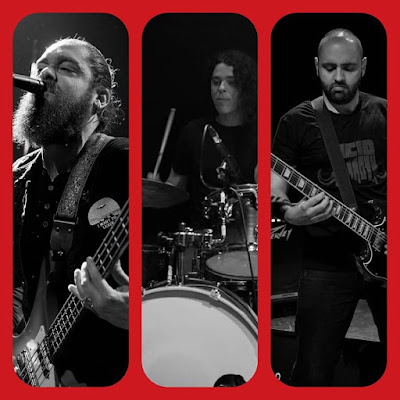 Seer of the Void have with "Revenant" created an album that sits on the precipice between the traditional and proto dooms of yesteryear and the more harsher, blackened dooms of today and they have done so without leaning to far either way resulting in an impressive debut that should appeal to fans of both.