Norway's Slomosa  may hail from a country lacking in sand, cactus and sun bleached bones but that hasn't stopped them cranking out one of the best examples of desert flavoured rock since the mighty Kyuss folded. Slomosa's sound owes a huge musical debt to the aforementioned Kyuss, as well as to bands like Truckfighters, Dozer and Queens of the Stone Age, but they have cleverly put their own spin on that sound, the band creating a groove that may have its roots embedded in sandy substrates but has its upper branches dusted in pristine white Norwegian snow, as will become evident when giving their self-titled debut "Slomosa" a spin. 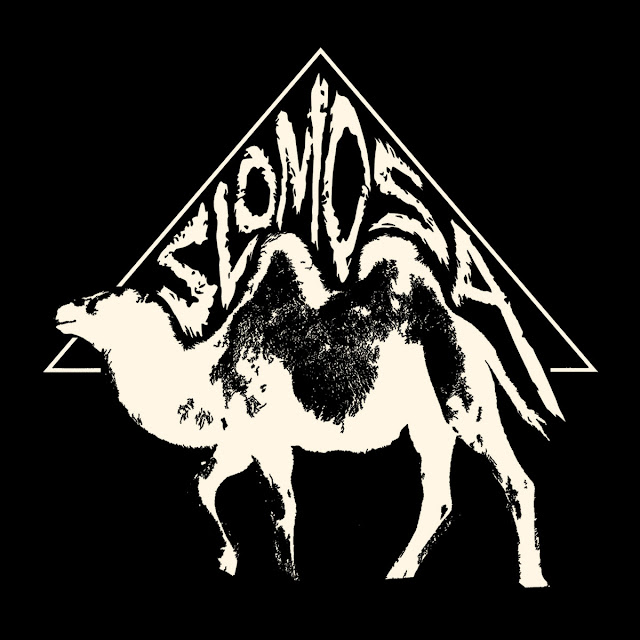 There is something joyous and uplifting to the grooves Slomosa lay down on their debut album that just leaves you smiling, its very hard to describe in words why this is,  given that the majority of the albums eight songs employ crunching quasi-heavy guitar and bass riffs driven by strident percussion, so maybe its easier to say... it just does. Musically Slomosa are closer in sound to Sweden's Truckfighters than they are to USA desert giants  QOTSA or Kyuss mainly due to Slomosa's songs having a more direct foot to the floor dynamic, the bands grooves lacking a little of the "quirkiness" of QOTSA and only a modicum of the psych/doom aspects of Kyuss  but they make up for this with a similar riff driven sense of  fun and enjoyment that was once the hallmark of their Scandinavian cousins. Vocally however Slomosa employ more "Nordic" tones with which to decorate their songs, the vocals having a slightly more clipped monochrome European leaning than any of those bands already mentioned and it is this that puts an interesting twist on Slomosa's desert attack, shifting them away from being seen as just another bunch of desert rock wannabees and giving them a well deserved identity all of their own. 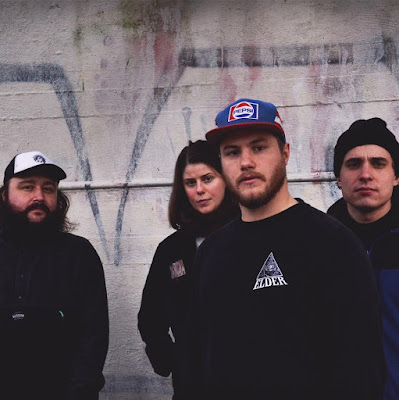 A little naïve and unpolished in places "Slomosa" is nonetheless an impressive debut from a band with bags of potential, anyway in  these uncertain times who doesn't need a few feel good grooves with the the ability to put a smile on your face regardless of how raw and untamed they might be.