The Crooked Whispers are a combo put together from members of such notable bands as LáGoon, Hour of 13, Luciferica, and Fulanno. The band, Anthony Gaglia. (vocals), Chad Davis (guitars) and Ignacio De Tommaso (bass) are joined, for the release of their new album "Satanic Melodies",(Electric Valley Records) by Nicolás Taranto on drums and together they make what can only be described as an unholy racket! 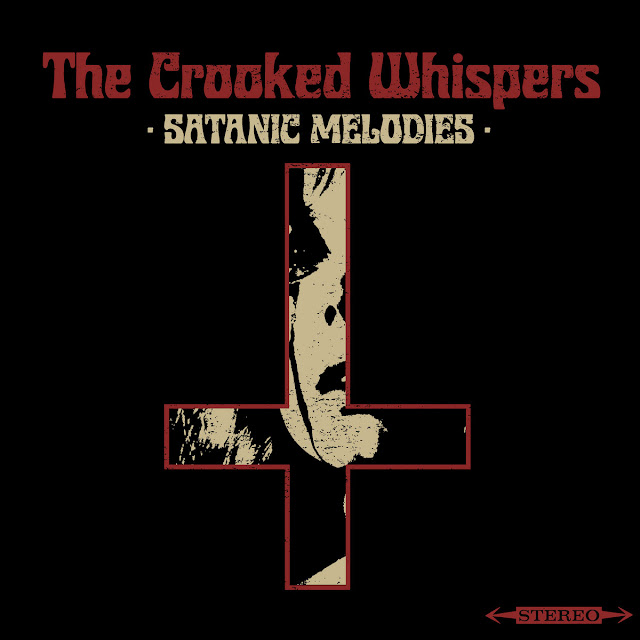 There could be a credible argument for including some form of warning with "Satanic Melodies" as the grooves emanating from this collection of dark, diabolical hymns of debauchery are likely to not go down too well with those of a more traditional religious nature. "Satanic Melodies" has already, one day after its release, prompted one irate soul to write on a social media site "I guess there are many sick and twisted people out there who thrive on stuff like this"! The reason why "Satanic Melodies" can elicit such vitriol is not only because its lyrics explore themes of evil wickedness and the black arts but also because those themes are reflected in both its music and the vocals that accompany that music. Droning feedback, raked strings and  menacing sound effects, over an ominous one note bass line, announce the arrival of the appropriately titled "Intro", its sinister dark atmospherics setting the tone for the rest of the album. The only word that could describe Chad Davis' guitar tone, on tracks like "Sacrifice", "Profane Pleasure" and the albums title track, is filthy.. a tone so drenched in distortion so overdriven with fuzz that it sounds like he's plugged into an amplifier built especially for him by the horned one himself,  De Tommaso's growling bass is no less impressive and gives the impression that he has eschewed the use of  traditional bass strings and opted for the stretched sinews of some hellish monstrosity, meanwhile Taranto plays his role as the anchorman to perfection by keeping everything tight, solid and economical thus allowing Davis and De Tommaso's guitar and bass to dictate rather than decorate the albums grooves. It is Gaglia's vocals however that really  put the "satanic" into the six "melodies" that make up this caustic collection.  Gaglia is probably better known for utilizing a distinctive garage/punk style sneer with his own band LáGoon however with The Crooked Whispers it would appear that he has undergone some form of demonic possession, not so much singing lines like "to die is your reward" and "I am the slave of Lucifer His darkness lives in me" as rasping them in tones both malevolent and sinister. 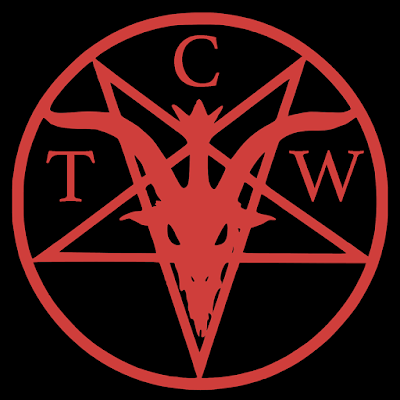 "Satanic Melodies" is not an easy listen by any stretch of the imagination, there are times throughout the album where some listeners may feel that a little more melody and a little less Satan would not have gone amiss, but that aside The Crooked Whispers have fulfilled their bargain with the Lord of the Flies and given him some of his best tunes in years!