Don't you just love it when something appears on your radar that blows your mind so much that you immediately have to share your discovery with others and then find out that those others you shared it with dig it as much as you do! This was the case with "Coronation" the debut EP from UK combo Clujit. The quartet, from Welwyn Garden City, Hertfordshire jam a mixture of hard rock, psych and prog grooves that are melodic and accessible yet at the same time contain just the right amount of grittiness, heaviness and complexity to appeal to even those hardened extremophiles amongst our little underground rock fraternity. 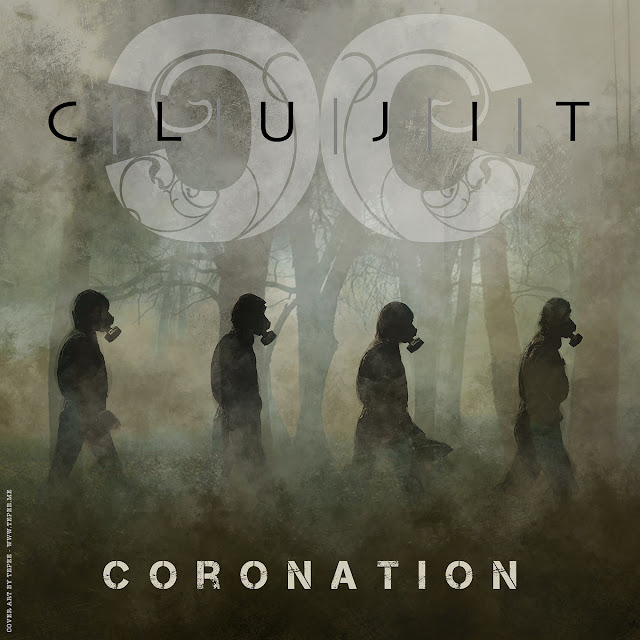 Putting out an EP as a debut release serves a multitude of purposes, it's cheaper than a full album, it can sometimes be the first draft of songs that will later reappear on your debut album rearranged and remastered, it can also be used much like a demo to give labels a taste of what you are all about but most importantly it can test the ground to see if all that hard work of composing and arranging something you truly believe in will actually find an audience that appreciates what you've done. Whether "Coronation" works for the Clujit in any of these scenarios is too early to say but what can be said is that this EP is a highly impressive collection of songs that may not quite set the world alight but will at least start it smoldering. Of the songs on offer on "Coronation" probably the most impressive is it's opener "Cold, Alone and Wondering" , a song that begins on a wave of swirling effects, shimmering percussion and sparse reverberating guitar textures then gradually builds up into a riff heavy behemoth interspersed with elements of  Porcupine Tree - like proggish complexity and psychedelic ambience over which a clean clear vocal melody tells what is basically a love story. For their next track, "Basement Tragedy",  Clujit delve into their seventies bag and pull out a chugging Hawkwind(ish) shuffle replete with swirling effects and vintage sounding fuzzed guitar tones all coated in a suitably monotonic vocal melody. "Coronation" closes its account with "Infliction" a song split into two movements, "(part I)" a laid back instrumental anchored by liquid deep bass and restrained percussion over which gently strummed/swept chords and arpeggios ring and reverberate, "(part 2)" a heavy psych workout that finds the band throwing off any shackles and really cutting loose, John Gosling's bass and Craig Jones' drums laying down a thundering array of shifting dynamics for guitarist David Court to decorate with crunching powerchords and screaming wah drenched solos while vocalist  Peter Baldock-Williams tells us in clean slightly weary tones that he's gonna "laugh hysterically and dance upon your grave". 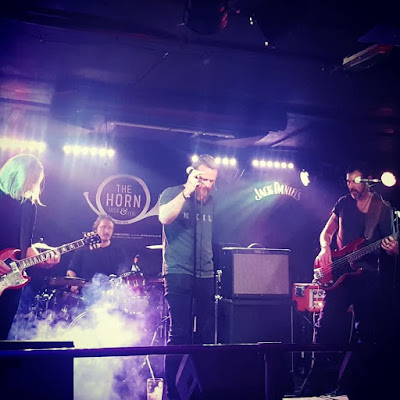 It is early days for Clujit, as we all know new bands can suddenly appear and then just as quickly disappear, but it would be a shame not to see this band expand on the ideas they have briefly explored on "Coronation" and get to see where they might take their music next.  Clujit are not quite the finished article yet  and "Coronation" is an EP that is a little naïve in places, a little raw in others but it is also one full of promise for the future.