Todd Severin at Ripple Music knows a good band when he hears one so it came as no surprise when news came through that he had signed up Granite City hard/classic rockers The Judge to his ever-growing roster, especially to those that had heard the bands 2014 demo "The Judge EP".
The Judge, Tyler Swope - Vocals, Dylan Jarrett - Guitar, Kevin Jones - Bass and Evan Anderson - Drums, have been through a few ups and downs to get where they are today but with Ripple behind them and the release of their first full length ,self-titled, album "The Judge" things are starting to look positively rosy 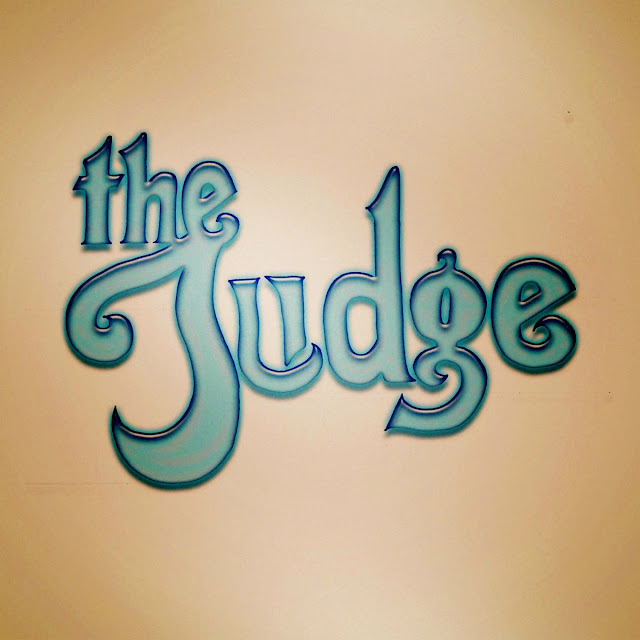 From the first few bars of  first track"The Witcher" you get an idea what this band are all about, this is not going to be some doom drenched and downtuned ride through the gates of hell, no, this is classic rock with the emphasis on "CLASSIC". Jarrett's Iommi-esque guitar licks solo's and hooks reek of lank long hair, flared denim and large silver crucifix's his wah drenched driving riffs and fills are the type of which you will never find gracing that of a black metal album. Vocals also leave you in no doubt of where this bands influences lie. Tyler Swope's voice and vocal range is perfectly suited to the 70's grooves surrounding it, sounding like a cross between Free/Bad Company's Paul Rodgers and UFO's Phil Mogg he effortlessly slides between the high and low notes that are so essential in this genre of music. Underneath the singer and guitarist the engine room of Jones and Anderson keep everything tight and solid, Jones's bass sound is big, bold and fluid and in places reminiscent of the late Andy Fraser (Free) Anderson meanwhile is smack on the beat economical when needed, wild and unrestrained when the moment calls for it, together they are the perfect foundation for Jarrett and Swope to build their performances around.
Eagle eared listeners with a knowledge of 70's classic/hard rock (myself included) could have a field day picking through the nine songs that make up "The Judge", pointing out a stolen lick here an obvious influence there but the best way to take in this album is to just sit back and take the whole package for what it is...a damn fine album of damn fine rock music.

Posted by Desert Psychlist at 17:20