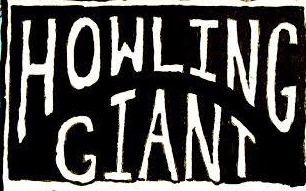 Nashville, Tennessee, the home of legendary luthiers Gibson Guitars and the spiritual home of country music is renowned around the world for its contributions to music, and rightly so, its the reason they call it "Music City". It may come as a surprise to some, though, that this thriving metropolis is not just all about Stetson wearing cowboys with acoustic guitars and big haired women singing about losing their men, Nashville rocks too.
A headline in UK newspaper The Guardian recently proclaimed "there are more thrilling new bands in Nashville than anywhere else on Earth." and with so much competition it must be hard for a new band to break out from the pack and get themselves noticed but Tennessee trio Howling Giant went some way to doing just that with the release of their self-titled 2015 EP "Howling Giant", a mix of gritty stoner riffage and spacey atmospherics salted with cool vocal melodies and hooks which garnered positive responses from the underground press as well as the record buying, digital downloading public. The trio of Tom Polzine ( Guitar and Vocals), Roger Marks  (Bass and Vocals) and Zach Wheeler (Drums and Vocals) have, buoyed by this response, just released a follow up to that promising debut with a new EP "Black Hole Space Wizard: Part 1" 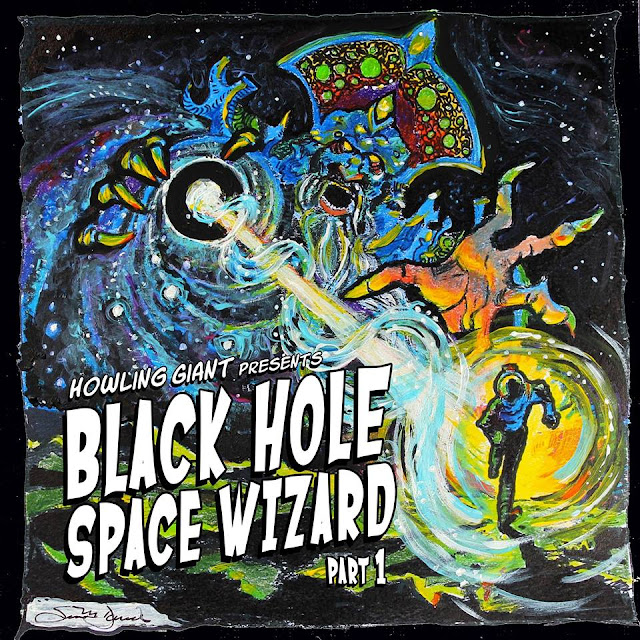 First track "Mothership" opens with a rolling guitar motif from Polzine, dripping with fuzz and complimented by Wheeler's shimmering percussion, it is then joined by Marks thundering bass with all three then exploding into the songs main refrain. The songs groove sits very much within a 70's hard/classic rock framework but that is not to say this should be classed as "retro", the band use this groove as a platform from which to take off into passages of gnarly progressive complexity and psych/space colouring that are then coated with superb harmonies and vocal interplay.
If all that doesn't grab you by the throat then the gloriously catchy chorus most certainly will.
"Exodus:Earth" darkens the mood slightly, a mood mirrored in the vocal tones and the songs apocalyptic lyrics of a world coming apart at the seams. The band stay within the 70's blueprint they like to use as their base but that blueprint is coloured with an almost bluesy doom feel that is injected with scorching guitar solo's and a backbone of thundering heavy rhythm. The band cleverly ramp the atmosphere up a notch or two with the use of a narrative from H.G.Wells "War Of The Worlds" around which the band lay an almost Hawkwind-ish groove to takes things to the close.
"Dirtmouth" finds the band channelling their hardcore side on a song that sees sludge-like vocals roared over a backdrop of spacey neo-classical guitar motifs, pummelling  percussion and throbbing distorted bass played at breakneck speed and with a ton of anger and attitude The songs themes of destruction and fear are perfectly portrayed within the 4:20 timeframe and leave the listener in no doubt that the Wizard, in the songs lyrics, does live and he is ANGRY!
"Clouds of Smoke" starts of moody and atmospheric a lone vocal over fuzzy sustained guitar chords, Wheeler's sympathetic percussion then enters with Marks bass thrumming just underneath. The track slowly builds momentum with Polzine adding little touches of six-string colouring and texture as other vocals enter both backing the main vocal as well as harmonising with it. Melancholic and atmospheric the song slowly builds layer by layer until reaching its nadir with Marks deep, deep bass locking in tight with Wheeler's powerful drumming to create a huge wall of rhythm for Polzine to decorate with smouldering solos and smoking licks, it's  not short of nerve tingling! 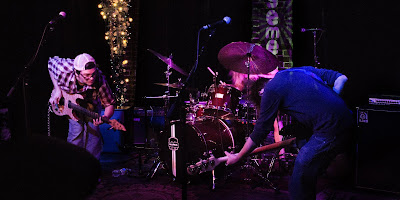 Howling Giant have, with "Black Hole Space Wizard:Part 1", proved that the promise shown on their first EP was no fluke and that not everything good coming from Nashville needs to be covered in rhinestones.
Check 'em out .......

Posted by Desert Psychlist at 04:57