Cross-pollination is not an uncommon occurrence within the stoner rock scene, band members hook up with other bands members to do this or that side project on an almost daily basis. What is unusual is when those band members then switch to a completely different instrument, to those they play in their own bands, for these projects/new beginnings
Shogun are made up of Max Muenchow - Bass, Alvin Vega - Drums, Sam Wallman - Guitar and Joe Widen - Vocals and apart from Vega's inclusion are a mash up of members of two of Milwaukee's finest underground bands Ahab's Ghost and Galactic Hatchet. Things start getting a little confusing though when you realise that the drummer in Galactic Hatchet is the bassist and vocalist in Ahab's Ghost but just the vocalist in Shogun and that the bassist/vocalist in Galactic Hatchet is just the bassist in Shogun while Sam Walliman, the guitarist in Shogun is also the drummer for Ahab's Ghost as well as the producer of Galactic Hatchet and the engineer behind both Ahab's Ghost and Shogun! It's like the stoner equivalent of the old "Who's on first base, Watts on second" skit Abbott and Costello made famous.
What is certain though is that whoever is doing what, on what, the resulting outcome these four guys have created with this  their self titled debut is something a little special! 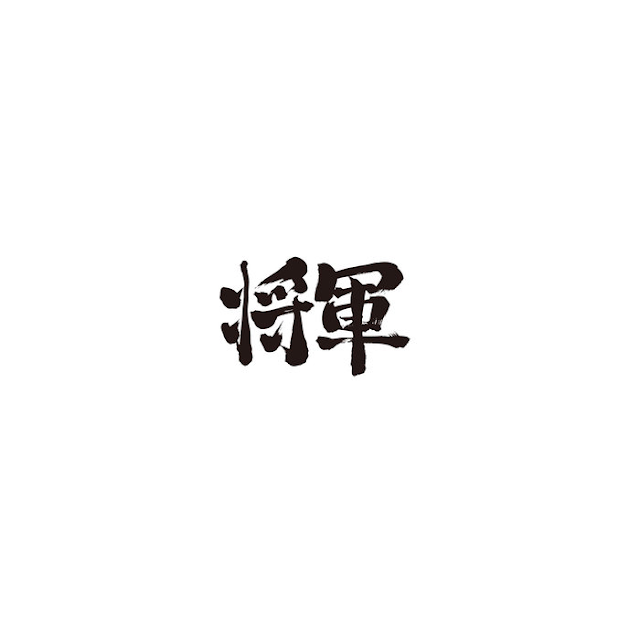 "I Am The Harbinger" opens "Shogun", coming out of the speakers like a  fuel -injected goods train, heavy, powerful and unstoppable The band describe their sonic attack as "riffs upon riffs ,upon more riffs" and its hard to disagree with that statement especially when confronted with the intensity of groove the band display over the next 5 minutes 35 seconds that make up this track. Fuzz drenched guitar and bass riffage assail the senses, driven by powerhouse percussive might which are then overlaid with a vocal so damn good it sends shivers down the spine, and this is just track one!
Next track " Electric Kool Aid (Acid Test)" continues in much the same vein as the first jamming an almost proto-doom groove laced with elements of 70's hard rock and 00's stoner/psych. Widen sings of  a "hypnotic shaman" and a "brown skinned woman" against a doomy, blues flecked, backdrop of booming bass and pounding drums over which guitarist Wallman lays heavily distorted riffage and tasty hooks and solo's.
"Quest for Freedom" slows things down with a bluesy,doom drenched foray into the more lysergic areas of the bands sound. Wallman takes most of the honours here, his guitar soaring and swooping like an eagle on a thermal updraft over Muenchow's thrumming  heavy bass lines and Vega's understated and intricate percussive work. Widen's soulful vocal sits above the groove, full of depth and emotion his delivery perfectly pitched to convey the songs lyrical scope and vision.
"Savage" begins with Vega exploding all over his kit before being joined by Muenchow with a deeply distorted bass line, a touch of feed back from Wallman's guitar and the song takes off into seriously addictive  stoner/desert groove
"Matriarch" sees Muenchow laying down a ridiculously chest vibrating bass line that slowly builds layer by layer until segueing into a pulsating low tuned doom groove. Widen is on top form here his distinctive tone injecting an element of soulful melancholy and aching loneliness into the songs heartfelt lyrical content, he even gets to sound a touch Ozzy-ish in the songs Sabbath-esque middle section.
Album closer "Substratum" sees Shogun putting all their eggs in one basket with stunning effect.The band lay down a groove in keeping with the songs title, low, downtuned and heavy with the emphasis on heavy. Muenchow's bass is once again the foundation on which the band build their sound, his low, pummeling earth shaking four string tones locking in tight with Vegas' busy, unfussy percussive backbeats, the pair building a wall of groove around which Wallman's guitar swirls, swoops and soars, the guitarist painting scintillating psychedelic pictures with his fretboard mastery.
Widen delivers yet another masterclass in soulful rock singing his vocal here is beyond superb,if there were an award for best voice in underground rock then Joe Widen would be up there near the top. 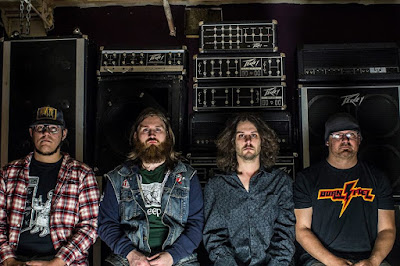 As I wrote on the bands Bandcamp page...
Part proto-metal, part bluesy stoner, part heavy psych and coated with super smooth vocals this is a must have for anyone who loves good intelligent underground rock music
Check 'em out....

Posted by Desert Psychlist at 09:24