Warlocks, wizards and witches are usually the chosen lyrical fodder of 70's prog bands and 80's power metal but Ballymena fuzznauts Elder Druid prove that it's not only old hippies that are partial to a magical theme ...ot three.
Elder Druid are Gregg McDowell - Vocals, Jake Wallace - Lead Guitar, Mikey Scott - Rhythm Guitar, Dale Hughes - Bass Guitar and Brien Gillen - Drums, and came together in 2015 in their home town of Ballymena, Northern Ireland with the intention of blending a love of the desert grooves of Kyuss and Dozer with those of heavier stoner metal bands like Electric Wizard and Sleep.
The band so far have three releases under their belt two of which, "Otherworld" and  "Ides of March", are one track affairs recorded live at the Loft, Belfast, the third and most recent is a four track EP recorded live at Attic Studios, Belfast .."The Attic Sessions" 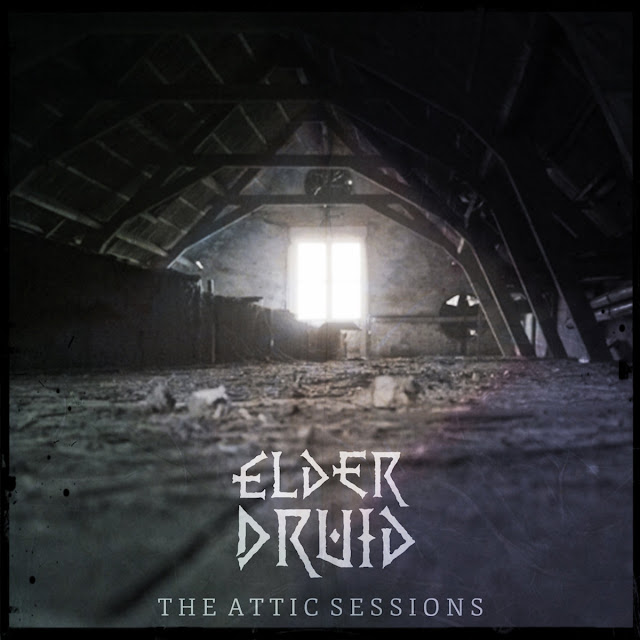 "Sellsword" kicks off "The Attic Sessions" with a delicious circular Kyuss-like desert groove, Wallace and Scott's guitars, drenched with fuzz, laying down an infectious sand blasted riff under which Hughes bass and Gillen's drums lock solid and tight. McDowell's vocals sit above this sandy groove, delivered with wide-eyed ferocity, his tones  harsh and visceral and supplied with a slight rap metre that brings to mind a feral Zach de la Roche (Rage Against The Machine). The track ends in sustain and feedback and gives the listener just enough time to catch his/her breath before taking off into the next track.
"Warlock" eases off the pedal a tad, the groove still very sandy and desert-like but with a touch of sabbathian intensity thrown into the mix. Scott holds down the riff, combining with Hughes booming bass to lay down a thick slab of brooding refrain allowing Wallace the freedom to inject little touches of colour and texture with his exquisite licks, hooks and solo's. McDowell's vocal tone here is a little deeper, still as intense and guttural but tempered with a touch more restraint  Beneath this monolithic onslaught of  voice and stringed instruments Gillen keeps everything neat and tidy with an outstanding display of rhythmic precision and time keeping.
"Red Priestess" opens with a moody guitar motif backed up with a subtle bass line then explodes into a Sabbath-esque groove bolstered by throat shredding vocals, massive dark power chords and Gillen's pounding drums. Heavy, dense and leaning more towards the sludge end of the stoner spectrum than the previous tracks it manages to avoid falling into the realms of extreme metal by utilising a large dose of, good old fashioned, "swing" within its down tuned and titanic groove.
Final track "Reigning Hell" sees Elder Druid taking a stroll down doomier paths. Hughes bass anchors down the songs dark atmospheric groove locking in tight with Gillen 's drums and Scott's fuzz drenched rhythm guitar and allowing Wallace free rein to step occasionally outside the riff and fill the spaces with incendiary solos and hooks. McDowell's vocals once again employ a slight rap metre, his harsh gutteral delivery momentarily dropped in places for a cleaner, but still throaty, tone.
The song is taken to its conclusion with Hughes, Scott and Gillen jamming the songs doomy groove while Wallace solo's overhead then ends on another wave of feedback and droning sustain. 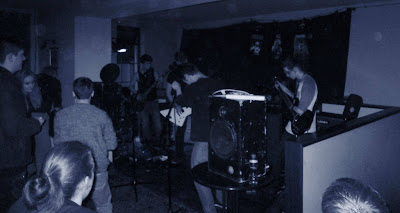 Those that are regular readers of these pages will know harsh and guttural vocals are something not big on Desert Psychlist's radar but there is a freshness and vitality about what Elder Druid do that has found a place in our hearts and caused a re-think. If you like your desert grooves heavy, tottering on the edges of extreme with a elements of sludge and doom well....
Check'em out....

Posted by Desert Psychlist at 10:05