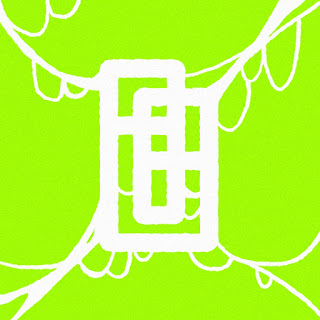 Social media can be a funny thing, it can cause debate, break friendships , forge new ones, make us laugh, make us cry and make us angry and in some cases open up whole new career opportunities. About a year ago Desert Psychlist reviewed an album by a Brazilian band called Pathos, this in turn prompted an online Facebook friendship with the bands guitarist Ricardo Marliere. Ricardo would from time to time point me in the direction of other Brazilian bands he thought Desert Psychlist may dig, one of those bands he suggested were an instrumental psych/prog outfit from João Pessoa, Paraiba going by the name of Augustine Azul whose self titled debut EP was available on Bandcamp . Impressed by what I heard I immediately posted a comment on Facebook group Hard rock Revolution's page recommending them to others, the first person to respond to this post was More Fuzz blog's head honcho Tanguy SeFi Duprey. Tanguy was so knocked out by what he heard he included the EP in his personal best of 2015 list. In the following year Tanguy decided that it was time to expand his empire by starting his own label, More Fuzz Records, and his first signing ....... Augustine Azul, his first release.....their debut full length "Lombramorfose". 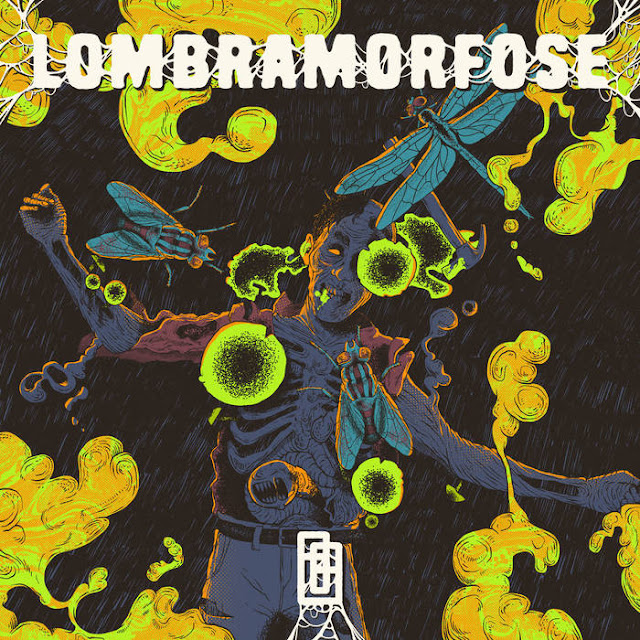 "Lombranorfose" is a stunning album packed to the rafters with exceptionally good music played by exceptionally good musicians. From the bass line intro of  jazz/prog stoner opener "Amônia" to the heavy desert/psych grooves of " Intèra" Augustine Azul give nothing but 100%. João Yor's guitar howls and screams like a banshee over a backdrop of deliciously sexy bass ( Jonathan Beltrão ) and inricate jazzy drumming ( Edgard Moreira ), the three combining together to create a whole that is so much more than the sum of its parts. Jazz and prog complexity and good old fashioned hard rock grit go hand in hand skipping down fuzz drenched musical paths that at any minute can go off on a tangent leaving listeners breathless with wonder, desperately trying to second guess where the band will take them next. There are those that may be a little wary of a full album of instrumental music, especially when words like "complexity" and "progressive" are being banded about, but Augustine Azul allay those fears by adding into their highly intelligent arrangements and grooves a large dose of good ole' gritty swagger and swing.
Check 'em out......

For more information on More Fuzz Records and Augustine Azul follow these links: