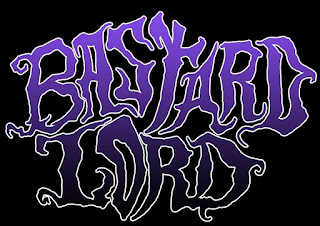 Buffalo, New York sits on the shores of Lake Erie and numbers among its musical sons saxophonist Grover Washington Jr,, funk and soul legend Rick James and renowned  rock bassist Billy Sheehan. To that list we can now add the names of vocalist/bassist -David Braymiller, guitarist - Mike Hermann and drummer - Jeremy Coupe or as they are collectively known Bastard Lord.
Bastard Lord first came under the Desert Psychlist radar with their self titled, 2015, album "Bastard Lord", a four track riff fest of  heavy stoner,doom and psych. (available on cd at Twin Earth Records) which garnered a fairly good response from both critics and fans of  heavy "underground" music alike. Buoyed by this response and with heads full of new ideas  the band  returned to the studio this year to record new songs, songs that can now be heard on the bands new album "Cosmic Tomb". 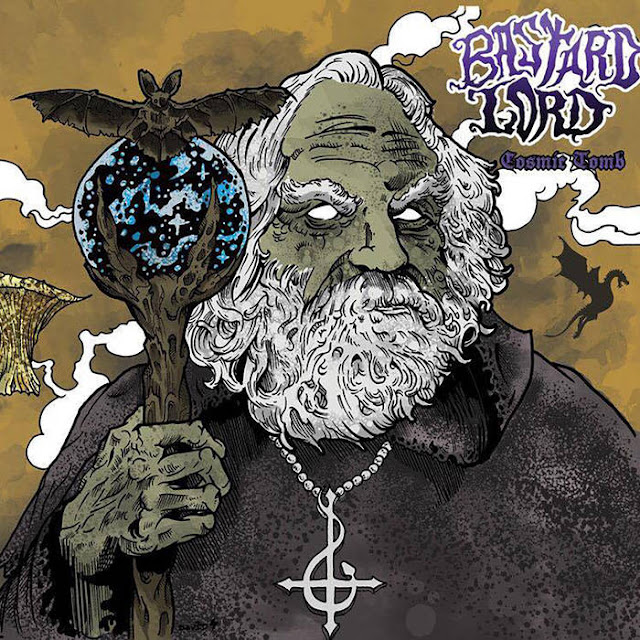 "Cosmic Tomb" is a heavy album, brutal in parts but darkly beautiful in others, from the gentle fingerpicked acoustic guitar intro of the instrumental first track"Awakening" to the droning last note of the slightly disturbing final track "Reckoning" the listener is taken on journey through dark soundscapes of psychedelic doom and shimmering stoner metal. Braymiller's deep booming bass and Coupe's mighty thundering drums are the main driving force throughout the albums seven songs, the pair laying down massive slabs of groove for Hermann to garnish with psychedelic textures, fuzz drenched riffage and magma hot solo's. Braymiller supplies vocals throughout, his slightly monotone and gothic tones laid slightly back in the mix giving them a hazy ethereal feel totally suited to the dark grooves of doom surrounding them.
Bastard Lord have, in some quarters, been compared with UK legends Black Sabbath and it cannot be denied that there are elements of the Birmingham quartets influence to be found here, especially in the bluesy stoner metal grooves of  "Enshrined In Smoke", but to this writers ears Bastard Lord have found a groove and sound that although residing within that same metal/doom genre is still uniquely their own.
Check 'em out.....

Posted by Desert Psychlist at 05:54