Italian Doom could be considered, by some, to be a genre all of its own owing to the fact that doom coming from that part of the Mediterranean possesses a sound and groove that is quite unique and distinctive from other countries take on the genre. Italian bands working within the doom scene seem to have managed to tap into that same rich vein of the macabre and gothic that fired the imagination of so many filmmakers during the late 70'a and early 80's when every other horror movie being made seemed to be coming out of Italy. It is this cinematographic feel to the doom coming out of Italy that has given it a vibe that sets it far apart from the more stoner orientated doom grooves coming from the USA and the rest of Europe and made Italy the go-to place for quality doom. 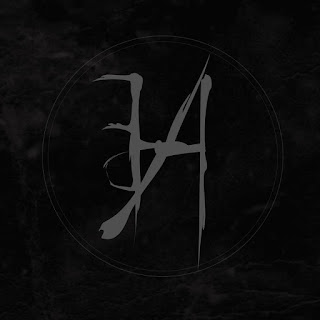 Haunted; Francesco Bauso - guitar, Cristina Chimirri - vocals, Valerio Cimino - drums, Francesco Orlando - guitar, and Frank Tudisco - bass are from Catania, eastern Italy and came into being after, during a woodland walk, Bauso and Tudisco decided the timing was right to form a new band. With the recruitment of an ex bandmate, an old friend and the inclusion of a brand new vocalist Haunted were then born. The band soon began writing together, jamming ideas and after a period of time enough songs started to form to begin thinking about getting something down on tape so a deal was brokered with Twin Earth Records to record and release their debut and self titled album, " Haunted". 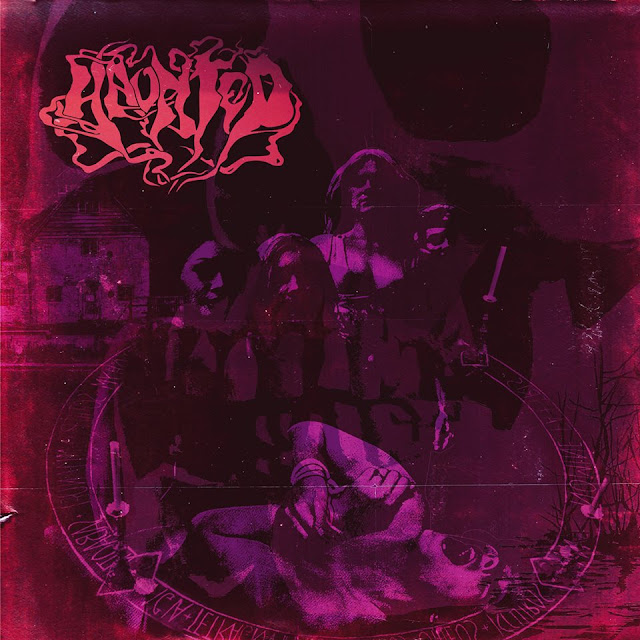 "Nightbreed" opens "Haunted", its intro, of rumbling thunder,insectoid chirping and movie clip soundbytes the perfect example of the musical cinematography referred to in this articles first paragraph. Doom, as we know, thrives on the atmosphere created within its music and Haunted's mix of sabbathian grooves and dark occult themes absolutly drips with the stuff. Bassist Tudisco and  drummer Cimino provide massive walls of thick creamy rhythmic groove around which guitarists Bauso and Orlando wind majestic and darkly potent six-string magic, the four musicians coming together as a whole  to create sonic canvases onto which  haunting vocal brushstrokes are then painted, Chimirri's vocals, distinctive and powerful, soar banshee-like over a variety of doom drenched backdrops dripping with strong heavy riffage, thundering rhythms and scorching guitar solos, her melancholy and slightly ethereal tones colouring every song in billowing shrouds of dark mystic vocal beauty. 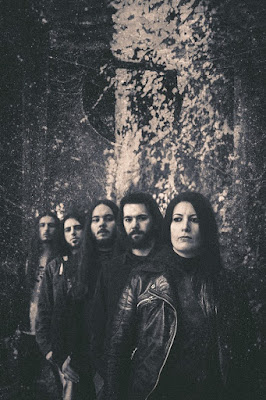 Comparisons are bound to be made with Richmond, USA doomsters Windhand, both bands are quintets made up of four guys and one female singer and both plough a similar furrow of dark riffage and haunting vocals but where the two bands differ is in the musical dynamics, where Windhand are at times content to sit within a groove and see where it takes them Haunted are more about pushing that groove to where they want it to go, and if this debut album is anything to go by where Haunted want to go is where you will want to be.
Check 'em out...

Posted by Desert Psychlist at 14:18