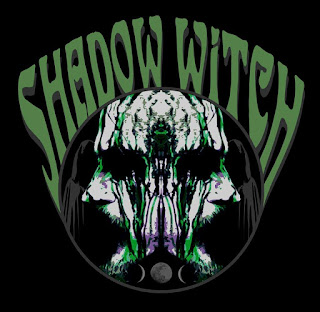 Back in April, this year Desert Psychlist reviewed a three song promo release of an upcoming album from Kingston N,Y,'s Shadow Witch describing it as " mix of stoner fuzz'n'roll mixed with a little NWOBHM and doom that is then salted with a touch of psychedelic seasoning". Well it's been four months since the band teased us with those three tunes and on Aug 15th (2016) the band will release, via Snake Charmer Coalition, their full length debut "Sun Killer". 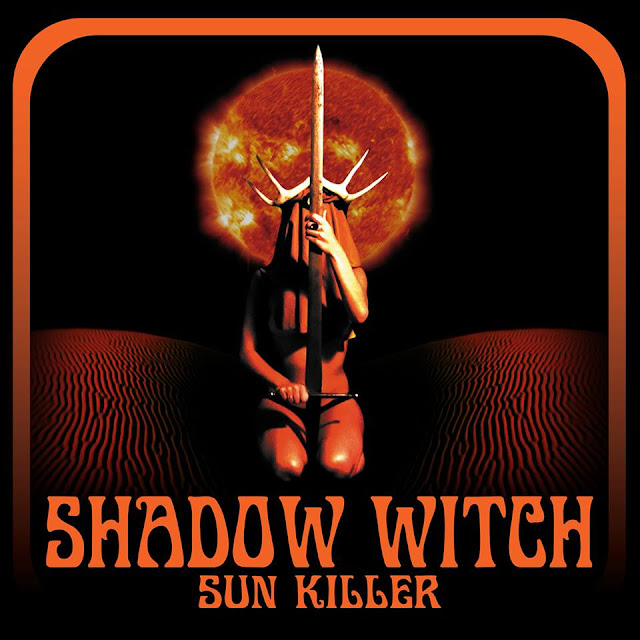 From the first moment of screaming feedback that introduces first track "(D.O.A.) Anticipation" you somehow sense you are in for something a little special here. The next  thing you notice about Shadow Witch is they are not a stoner band , they are not a doom band, they are neither classic or hard rock, not grunge, metal or even post -rock....they are all of them! They are the band your big brother listened to , the band your dad loved , the one your sister lost her virginity to, the one your mother screamed for to be turned down, the one you always wanted to be in...Shadow Witch are a ROCK band pure and simple.
Like the history and the present of rock collated into one place Shadow Witch's "Sun Killer" is neither retro or modern but carries within its sonic cannon aspects of both. Desert Psychlist could go through every track on "Sun Killer" pointing out similarities to this band or obvious influences from that band but that would take away the joy of the listener discovering these things out for his or her-self. What can said is that the combined forces of  Anton Van Kleek (drums), ‎David Pannullo (bass/voice), Earl Lundy ( lead voice/mellotron/loops) and Jeremy Hall (guitars) have created an album that has the potential to crossover between genres and sub-genres without the need to compromise. From the depths of the "underground" to the brightly lit "mainstream" there is something here for everyone.
Check 'em out....

Posted by Desert Psychlist at 09:21